By Simon Harper
| about 1 year ago
UKInspire

2020 was going to be an exceptional year to make British train journeys, continuing an unheralded evolution of the UK rail network - the links to the Covid 19 travel advice pages are available on the general info guide to how to travel in Britain by train.

Before the national timetable came into service in December 2019, Britain already had the most frequent long-distance train services in Europe.
One the continent very few express train routes have more than one train per hour, with only the high speed line between Milano and Roma excelling the number of departures found on the UK’s busiest routes.

The fastest routes between London and both Birmingham and Manchester have three trains per hour, while the Edinburgh <> Glasgow and Leeds <> Manchester routes both have four!
A minimum of two trains per hour already connected London with a swathe of other distant towns and cities including Bristol, Cardiff, Leeds and Norwich, but on the new timetable Edinburgh was added to that list, thanks to the most intensive rail service ever provided between the two capitals. 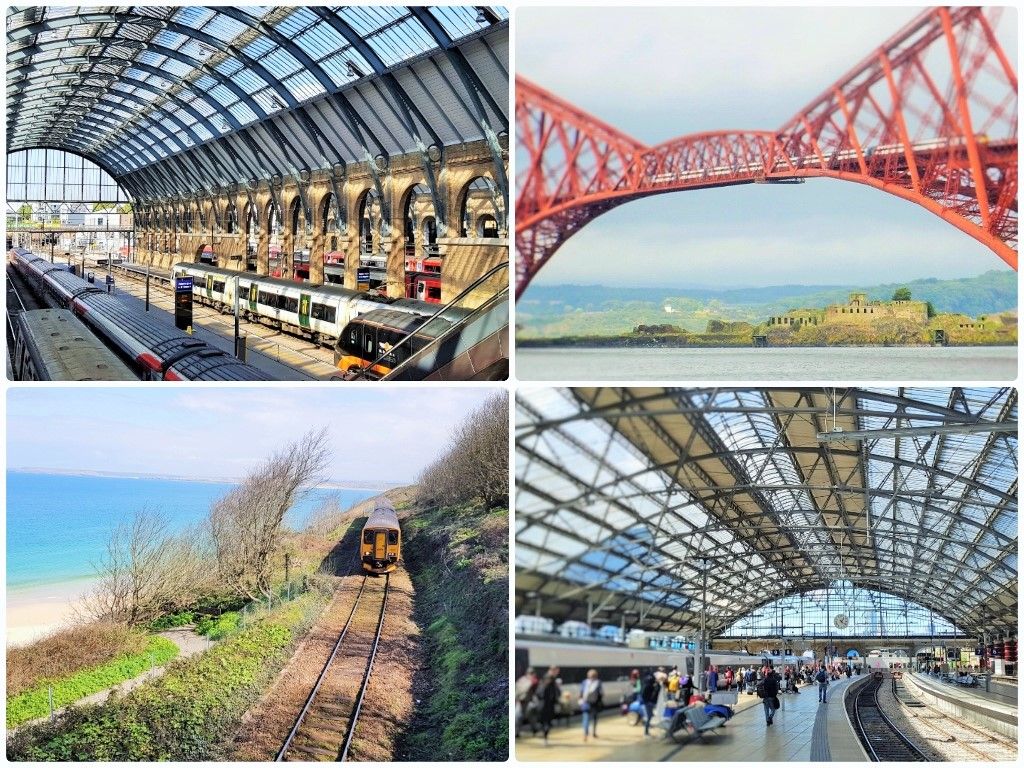 More Frequent Services Than Ever Before

The numerous other additions to the timetable included more trains than ever before between England and Scotland, with a doubling of the services between Manchester and Scotland, a new direct link between Glasgow and Liverpool, a new service which doubled the frequency between Edinburgh and Leeds and the Edinburgh <> York service joined that four trains per hour roll of honour!

A long list of some of England’s most beautiful towns and cities including Cheltenham, Gloucester, Exeter, Harrogate and Lincoln were also newly provided with their most frequent ever rail connections with London.

2 - The masses of brand new and improved trains: 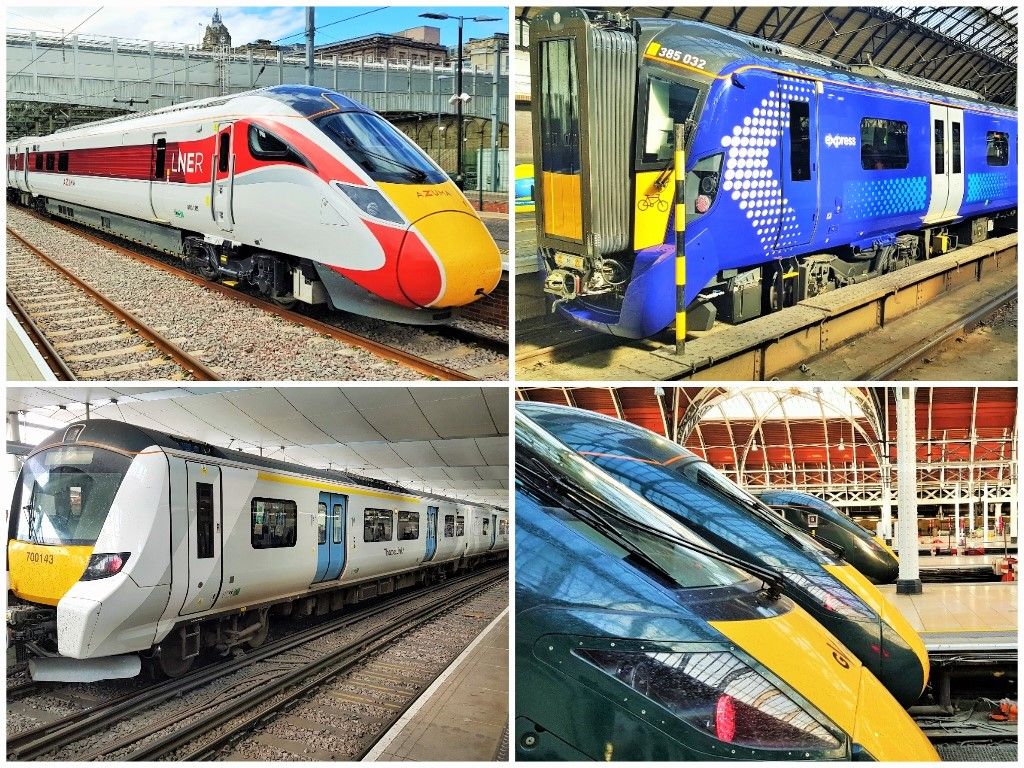 This expansion of the service has been enabled by fleets of brand new trains which have been introduced across the country in the past two years.

Rail travel in Scotland has entered a new era with new electric trains provided between Glasgow and a swathe of other destinations including Ayr, Balloch, Edinburgh and Stirling, while refurnished iconic trains now link Scotland’s seven cities on the more long-distant routes.

And across northern England the rightly lamented Pacers are rapidly being banished by fleets of new trains.
Brand new trains have also been introduced on the London <> Norwich route and on other routes in Norfolk and Suffolk.

And British overnight trains are now some of the best in Europe thanks to the transformation of the Caledonian Sleeper and Night Riviera services. 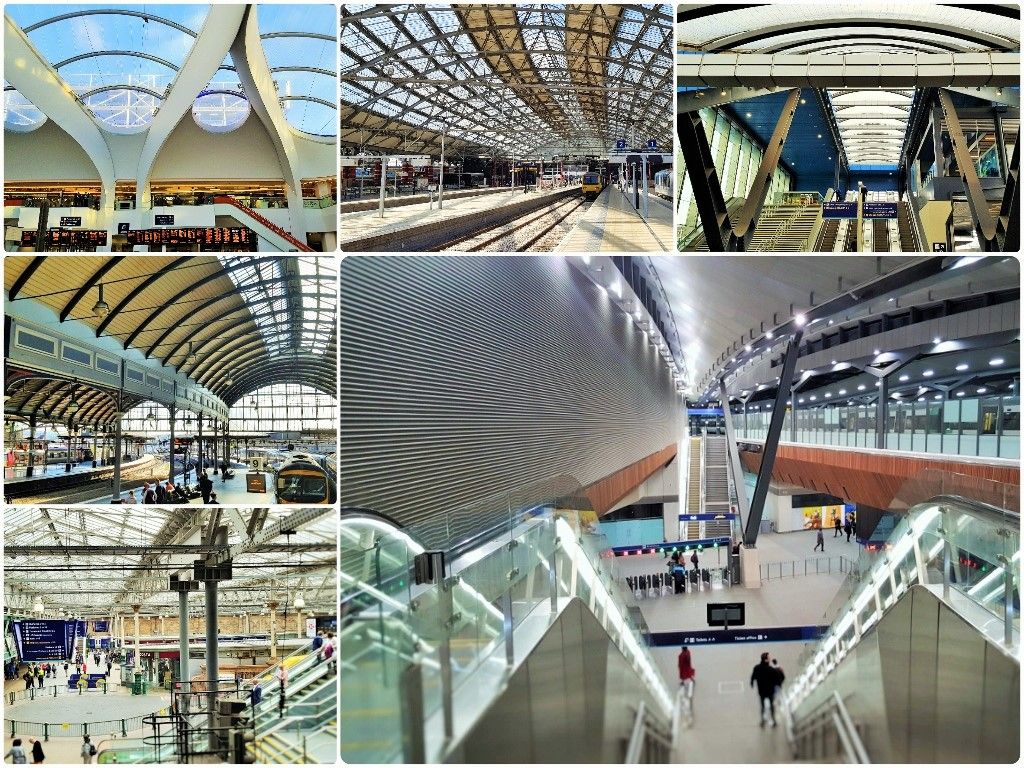 These new trains are also arriving and departing at stations which have been recently transformed.
The likes of Birmingham New Street, Glasgow Queen Street, London Bridge, London Kings Cross and Reading have been completely made over and a swathe of other stations including Edinburgh Waverley, Glasgow Central, Liverpool Lime Street, London Paddington, Manchester Piccadilly, Newcastle and York have never looked smarter.

But these station improvements are more than just aesthetic as the primary objective is to make them easier to use than ever before.

4 - The multitude of beautiful journeys:

What hasn’t inevitably changed is the fantastic scenery that can be appreciated on many British railway routes.
Something which can be a tad under-valued, as one has to travel a fairly long-distance from London to be awed by seeing a landscape from a train window, but the final halves of journeys from the capital to Penzance, Glasgow, Edinburgh and beyond into Scotland are fabulous.

Pretty much any long-distance train journey in Scotland and Wales is wonderful, with the English route across the Pennines between Leeds and Carlisle providing similar aesthetic thrills.

Though what is exceptional about British rail travel is its unheralded plethora of coastal train journeys
These routes are just some of those with exceptional sea views:

Here's a fact that some UK citizens may find hard to swallow, but the on-train catering on British trains can be exceptional.

Because of the different approaches to on-board services by each train operating company, that is something of a sweeping statement, as it is possible to travel for long-distance on some British train routes without any access to catering.
But the same can be said of train travel in general across Western Europe - one of the many quirks of European train travel is that the traditional concept of a restaurant car on a train service is more common in eastern Europe.

Whether you are travelling in Standard (second) or First Class, you're more likely to be able to make use of an seat catering trolley service in Britain than in Belgium, France, Italy, Switzerland or The Netherlands,

But if you will be travelling First Class on a long-distance train, particularly to and from London, then the on-board catering is in a league of its own.
Because if you make such a journey when travelling with Avanti West Coast, GWR or LNER, the food you will be served at your seat, is complimentary, it is included within ticket price.
On Mondays to Fridays on Avanti West Coast and LNER trains, this food offering is a complimentary hot meal - and on those weekdays EMR serves its First Class travellers a complimentary hot breakfast.

Yes it is factored into the cost of a ticket, but this complimentary at-seat hot food service, is only found on one other European train service, the IEP trains in Poland.
So it is much more common in Britain than anywhere else.

6 - The opportunity to wallow in nostalgia:

One other aspect of British train travel that no other European country can match, is the fantastic number of preserved railways still operated by steam trains.

It’s possible to take a contemporary train to numerous stations across the country including Alton, Aviemore, Blaenau Ffestiniog, Bodmin Parkway, East Grinstead, Keighley, Kidderminster and Sherringham in order to take a ride or two on a steam train. 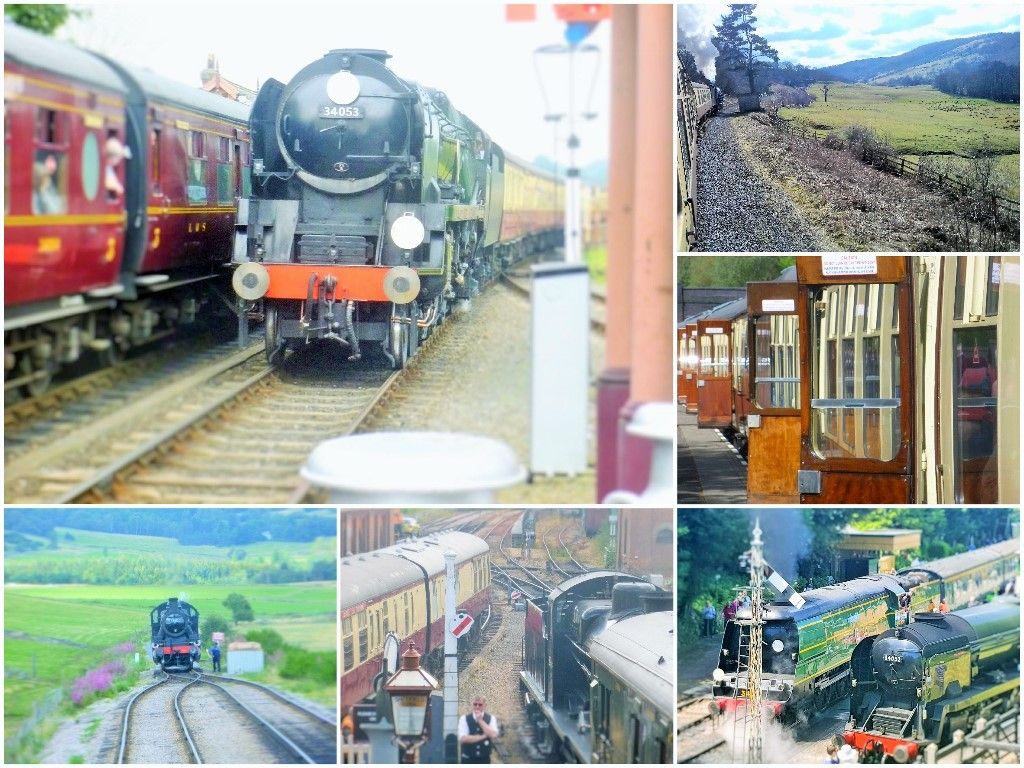 ...and yes the ticketing can be complicated:

What also hasn’t changed is the lack of consistency of what you can expect when you’re on board a train and booking tickets
That's largely due to those aspects of British train travel, being largely controlled by which train operating company, just happens to be providing the service that you will be travelling by.

Though ShowMeTheJourney can help with that thanks to the guide as to which company operates trains on each route, with a focus on those most likely to be taken for leisure purposes.

And yes there’s no disguising that the volume of companies providing the train services can often complicate how train tickets are sold, hence the original guide to how save money when booking British train tickets being a tad epic.
And then the shortened version ended up also being longer than intended!

They’re particularly worth diving into if you’ll be travelling long-distance and attempting to do anything trickier than booking ahead for a long-distance journey by direct train.

...But there are plenty of positive aspects to booking British train tickets

Though what can get overlooked in the eternal ‘British train tickets are a rip-off debates’ is that the very high prices for booking a last minute long-distance journey, are very much the exception to the rule.
Book a shorter-distance journey at the station or from a train conductor and the staff will ensure that you’re travelling at the cheapest possible price, so should automatically include any savings for travelling as a family or in a group.

Booking tickets for shorter-distance travel is little different to how train tickets can be typically used in other European countries, with one notable exception.
Because in Britain, unless you are using Advance tickets that are only valid on a specific departure, you can take any train on to your destination, so you don’t have to pay a premium to take a faster express train.

The lack of mandatory reservations and no charges for the routes on which they are optional, also makes Britain an exceptionally straightforward location in which to use rail passes and Rover tickets.
Which is convenient as Britain also boasts a wider availability of rover tickets than anywhere else in Europe, which can be put to good use exploring many of Britain’s most scenic locations.