By Simon Harper
| over 1 year ago
AustriaInspireJourneysBeautiful journeys

Among the myriad of reasons which led to the notion that the creation of ShowMeTheJourney just might be worth pursuing, was the idea that we wanted to encourage people to go by train - we obviously love it and we wanted to share that joy
And there's a lot to love about this journey by train between Salzburg and Zagreb, aside from the fact that the cities at either end of the route are both fabulous.

No special trains come this way and 'The Tauern Railway' isn't as well-known as it deserves to be - hence shining a spotlight on this stunning journey.

On departure from Salzburg, the train will travel parallel to the River Salzach - and there are some great river valley views on the right of the train, particularly after the first tunnel that the train will pass through.
Between Bischofshofen and Schwarzach St Veit, the river is on the left.
Unfortunately when we travelled this way, it was pouring with rain, hence the lack of images of this part of the trip; though we plan to return!

The train will begin to ascend on departure from Schwarzach St Veit - the railway line to Zell am Zee can be seen heading off to the right. 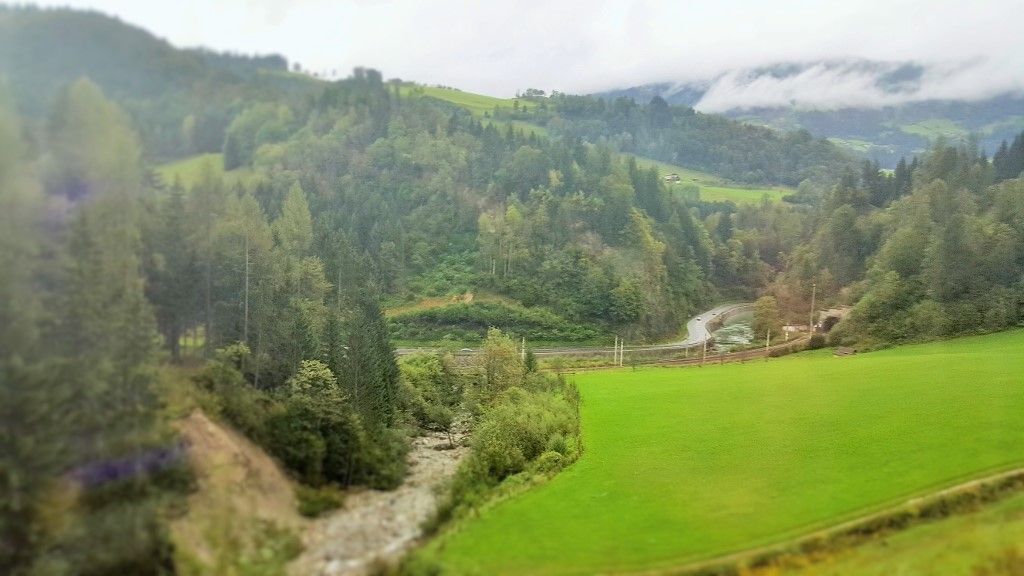 The railway line this train travels over between Schwarzach St Veit and Spittal is known as the Tauern Railway / Tauernbahn. 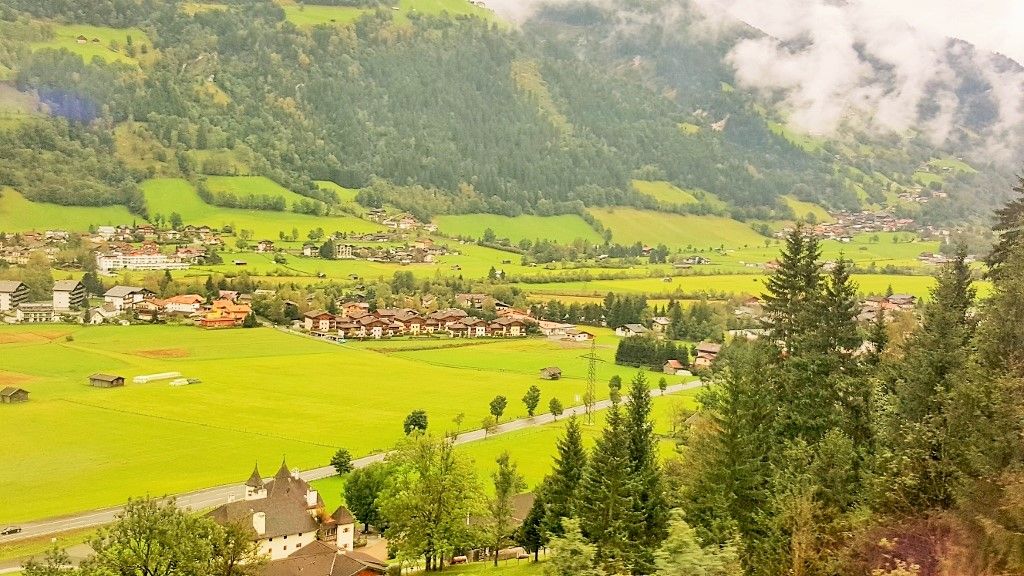 On departure from Bad Gastein, the railway line threads through a valley on route to the Tauern Railway Tunnel and the best of the views here are back over to the right; look out for the waterfalls.

The second highlight of the journey comes when the train exits the tunnel and begins to descend to Spittal.
For around 25 mins there are stunning birds-eye views across the valley; from the right.

These three images below were all captured on this part of the journey between exiting the tunnel and Spittal. 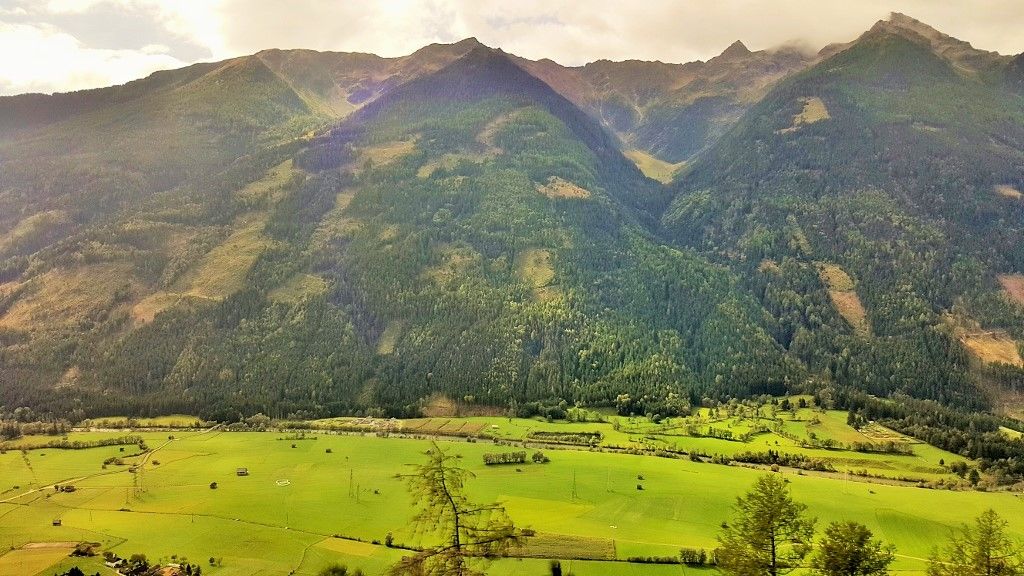 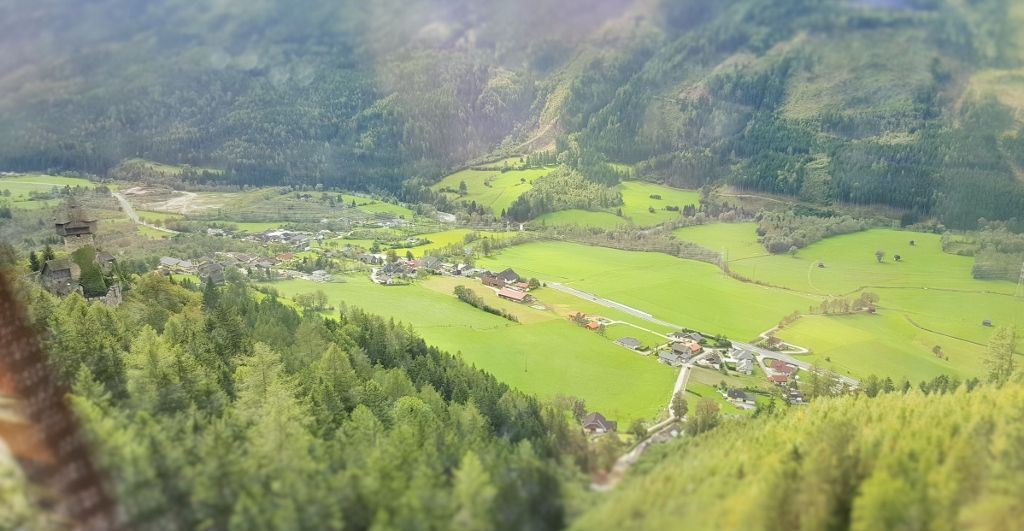 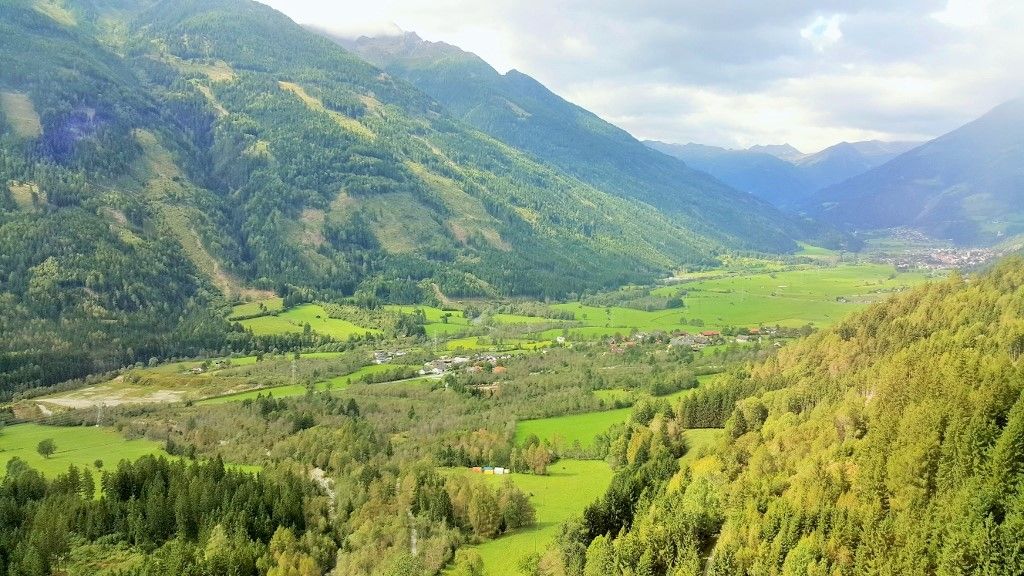 The Tauern Railway ends at Villach, where the train will reverse direction, but what makes this journey so special is that the fabulous views are far from over.

As the train travels across Slovenia, there are some fabulous views from both sides between Villach and Ljubljana. 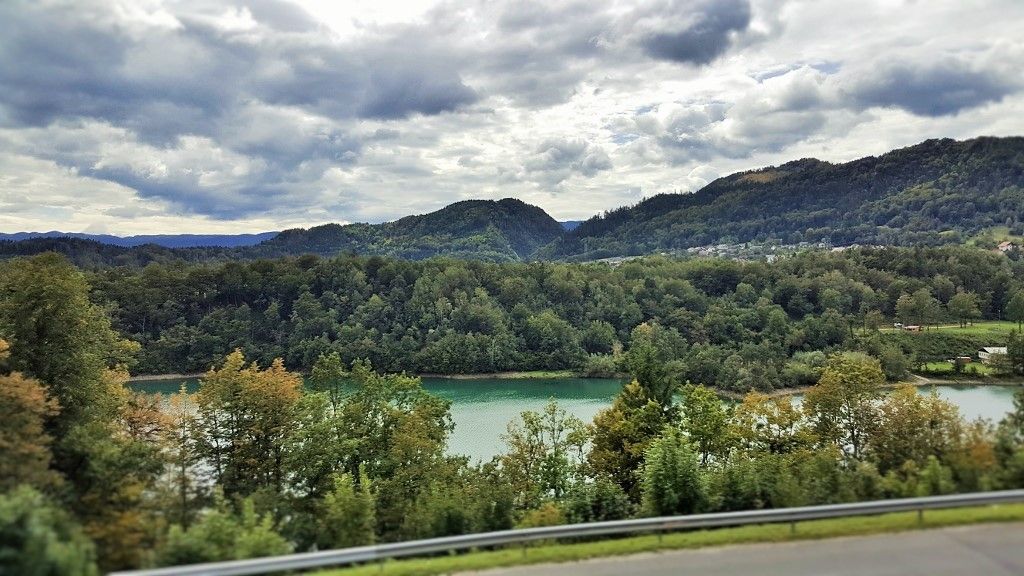 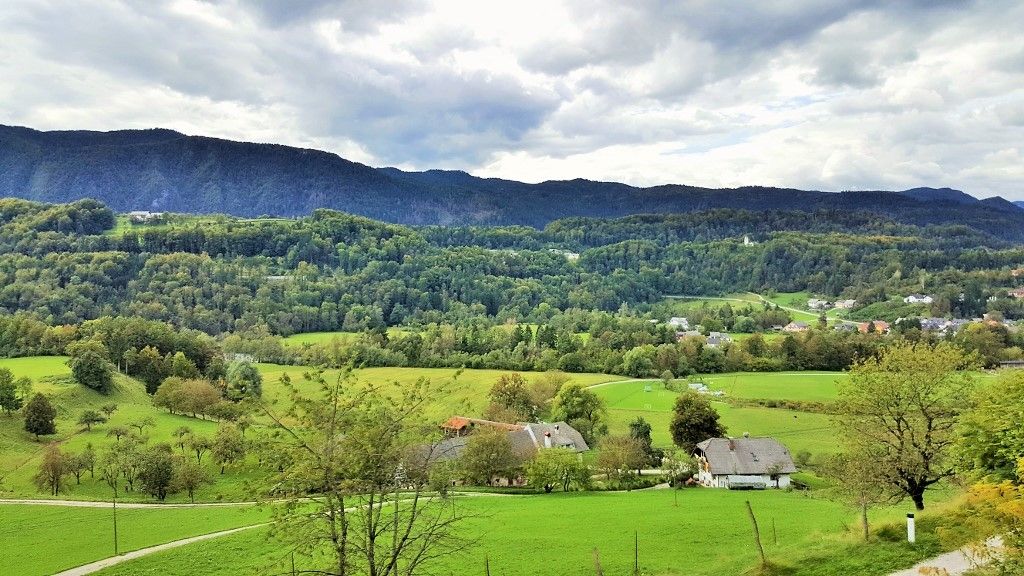 Shortly after departure from Ljubljana the train will enter the River Sava gorge, between here and the Croatian border, the river is on the RIGHT.

Though on the direct train from Munchen/Munich, you won't be passing through the fabulous Sava River valley until around 20:15, so ideally make this journey at the height of summer.
Alternatively depart from Salzburg at 10:12 and following a simple change of train at Villach, you should arrive in Zagreb at around 17:13, so will be travelling through here in daylight.

The journey between Ljubljana and Zidani Most will take around 1hr 10mins and the three images below were taken on this part of the journey. 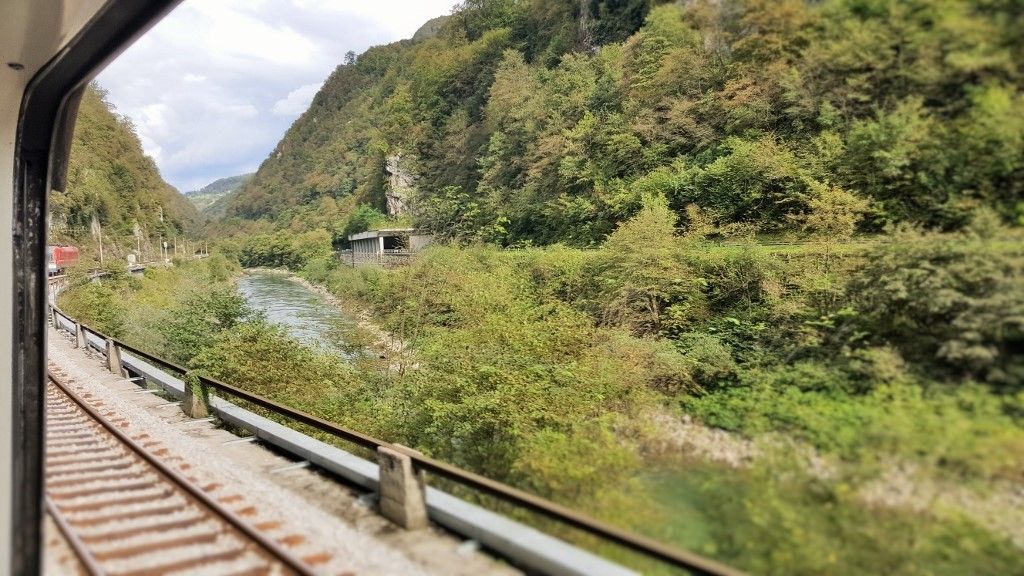 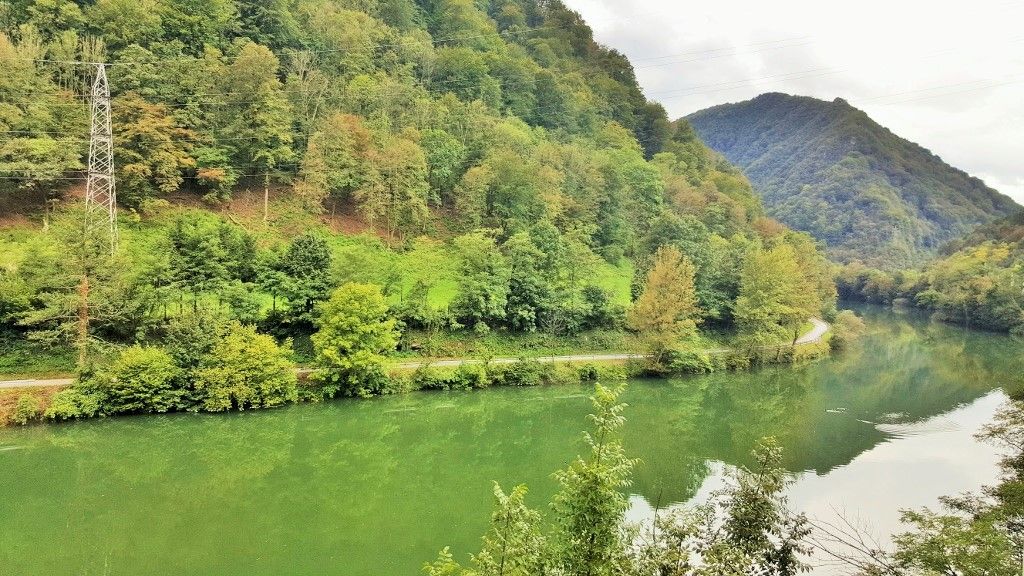 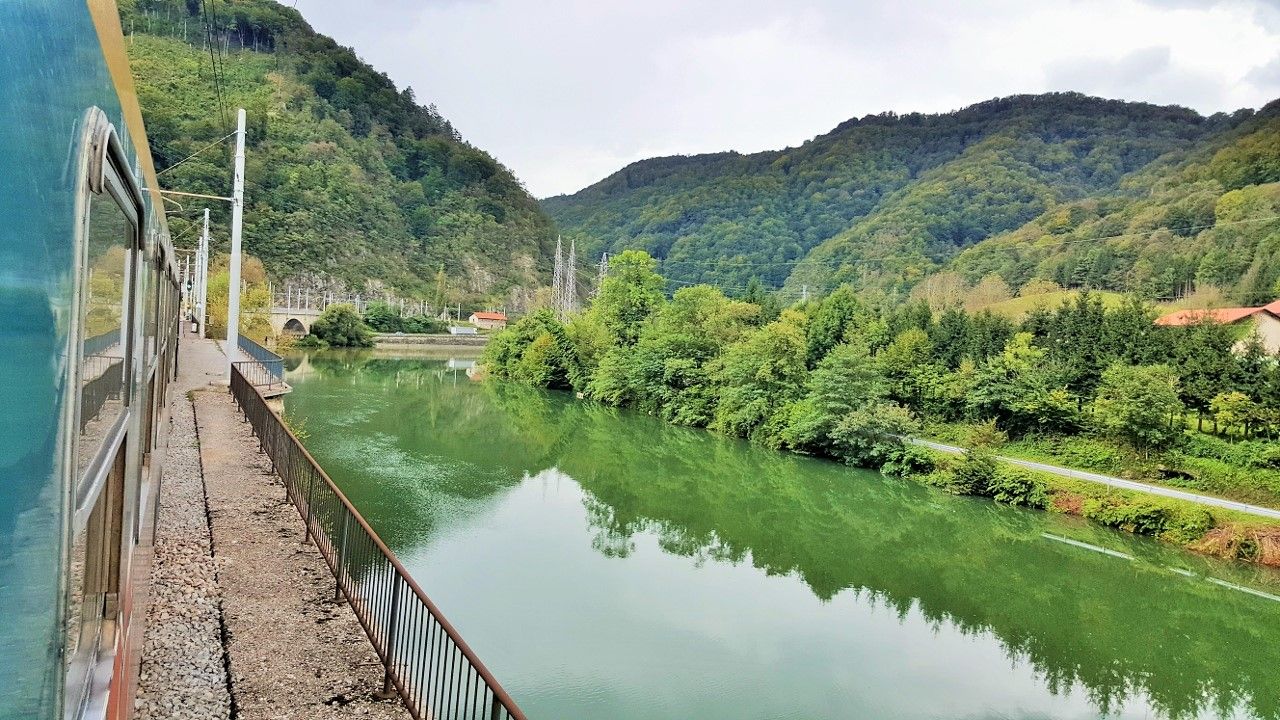 Though if you happen to be travelling in the coaches at the rear of the train, there should also be some fabulous views available from the back window!

This journey is also featured on the GUIDE to European trains which only depart once per day.

The other epic express train journeys: