We have singled out this journey between Paris and Torino, as it is one of the comparatively few European train journeys which combines the exhilaration of high speed train travel with epic scenery

When TGV trains travel on the French high speed lines the views from the windows are rarely spectacular, as this typical view below, from the LGV between Paris and Lyon, shows. 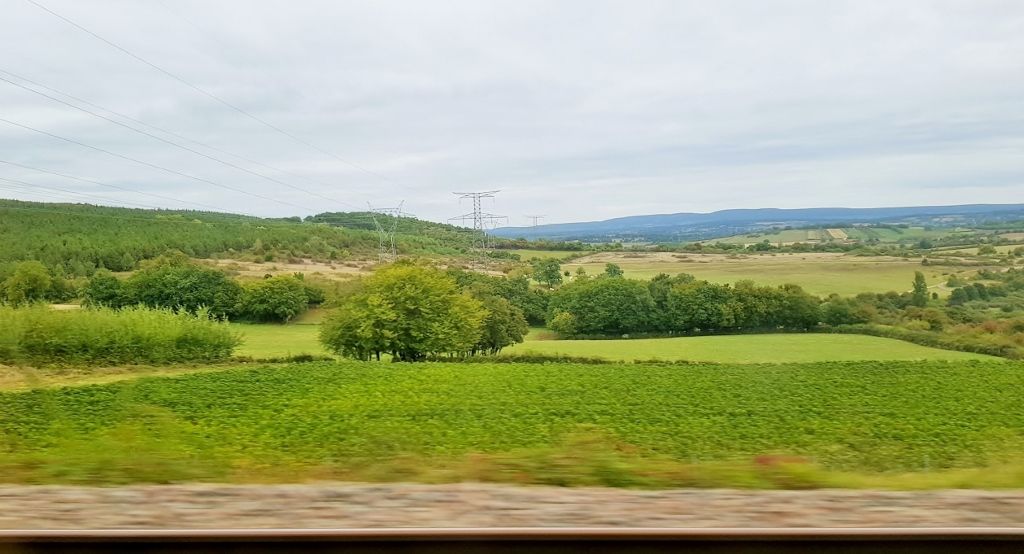 On this section of the journey it's the speed that provides the wow factor.

High speed trains need train straight lines so when they encounter mountainous terrain they tend to disappear into tunnels, but the proposed high speed line between France and Torino/Turin is stuck at the planning stage.
So this journey between Paris and Torino/Turin still showcases that a journey by high speed train isn't always devoid of scenic interest, but it's only when the train leaves the high speed LGV Sud-Est line that the landscape becomes more spectacular.

When this train comes off the high speed line after Lyon and begins to head towards Chambéry, the views become a lot more interesting - on the LEFT the railway lines passes the Lac d'Aiguebelette. 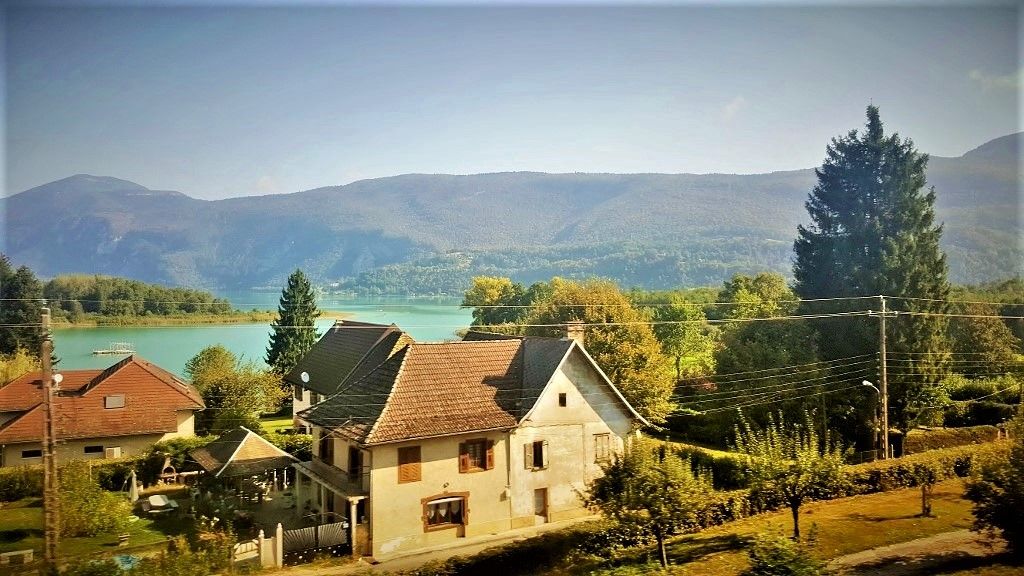 Though when ShowMeTheJourney travelled this way the ability to take images here was compromised by the sunlight shining directly on the somewhat dirty windows of the train.

The most spectacular part of the Paris to Torino/Turin journey is that between Chambéry and the other side of the Italian border at Susa; which is the railway on either side of the through the Mont Cenis tunnel.
Initially the train will be travelling over the southern end of the Culoz - Modane railway and then once it crosses the border it becomes the Modane to Turin railway.

Around 25 mins after departing from Chambery the train passes through Aiguebelle and between there and the tunnel at Modane the railway shares a valley with an autoroute.
The image below is typical of the views that can be seen to the north and south of the town named La Chambre.
The railway twists and turns through a pass in the mountains, with the mountains rising up on either side of the train. 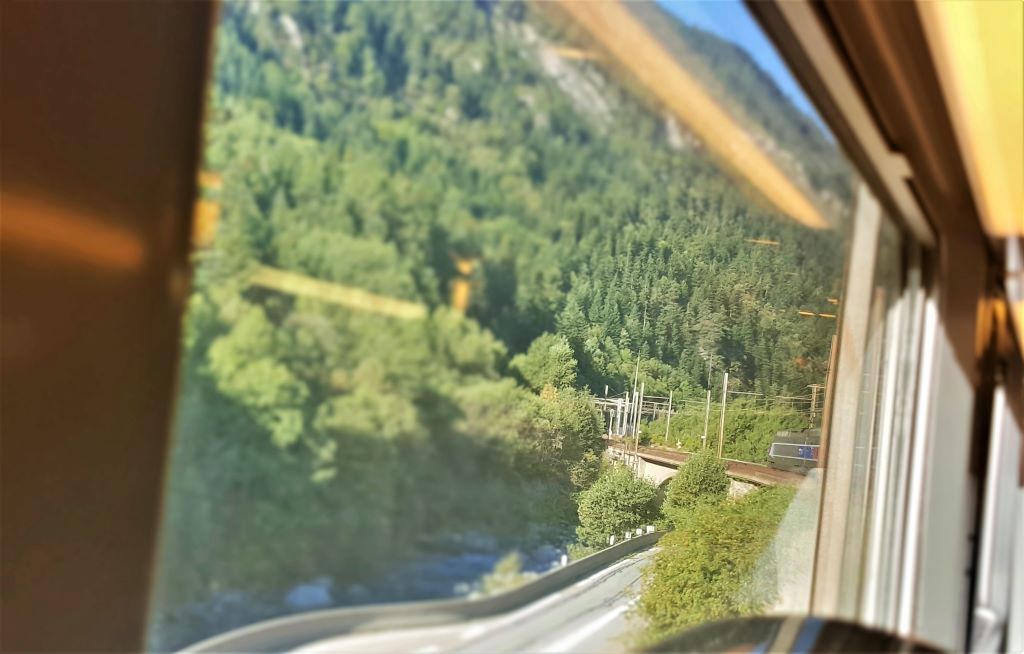 The valley narrows into a shallow gorge between St Jean and Modane and the views are often obscured by the autroute, but this view below was captured on the left just as the train passes through the village named Saint Michel. 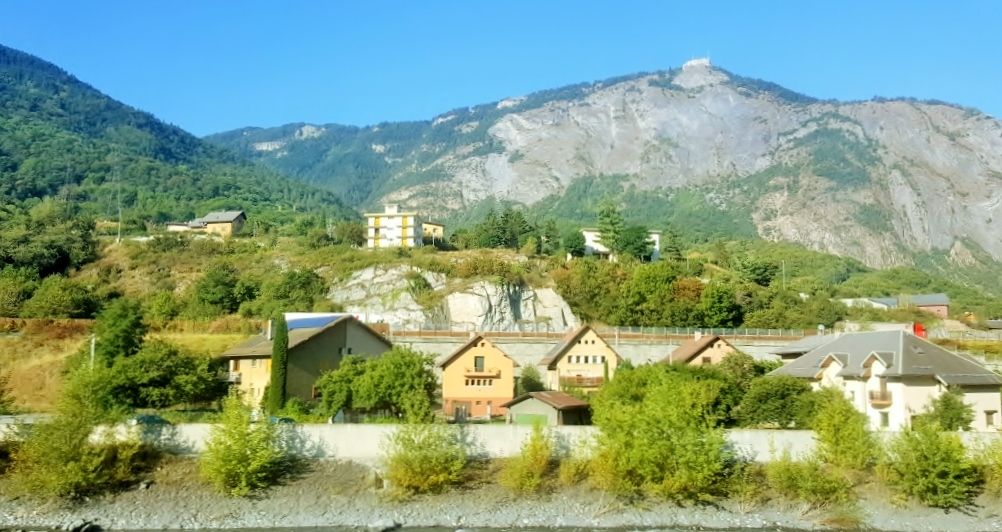 Then just prior to the train entering theMont Cenis Tunnel, this is the view to the left when travelling south, over Modane. 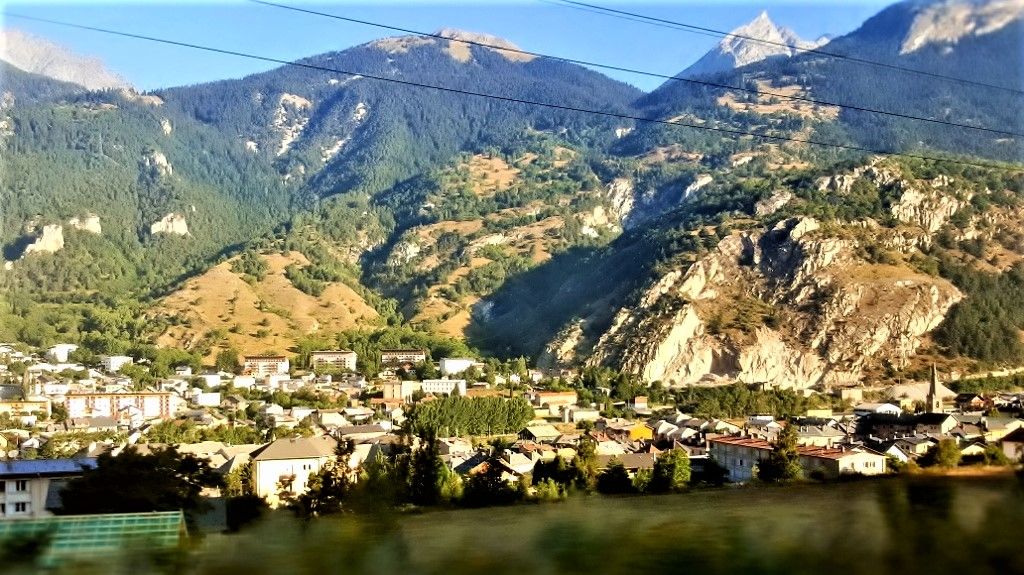 The two views below were all captured from the left in Italy, after the train had exited the Mont Cenis Tunnel; the most spectacular part of the journey is the stretch between Oulx and Bussoleno
The train will pass through numerous other tunnels, but here the valley opens to enable distant views to the moutains. 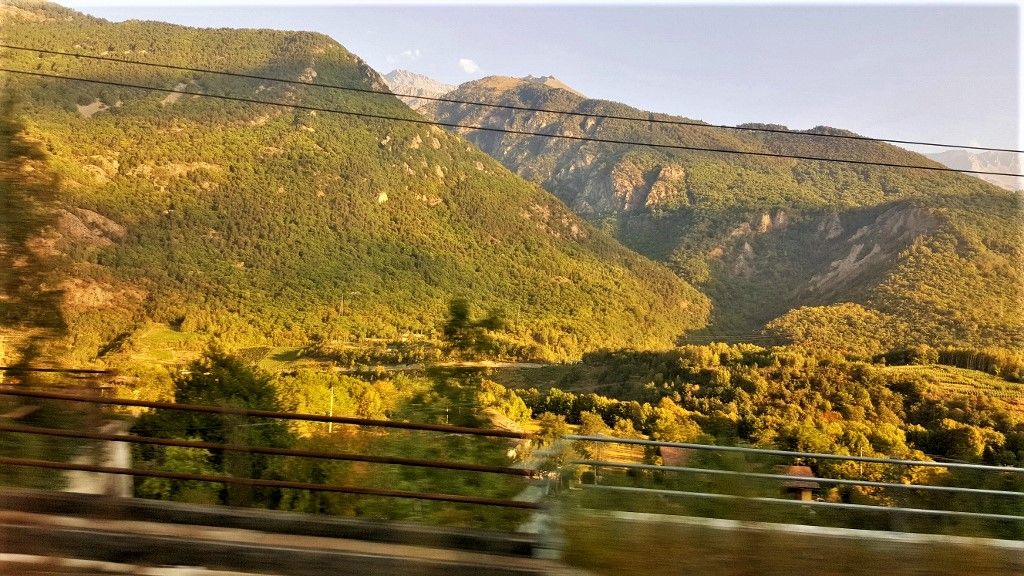 And on this image below the train is passing through Chiomonte station. 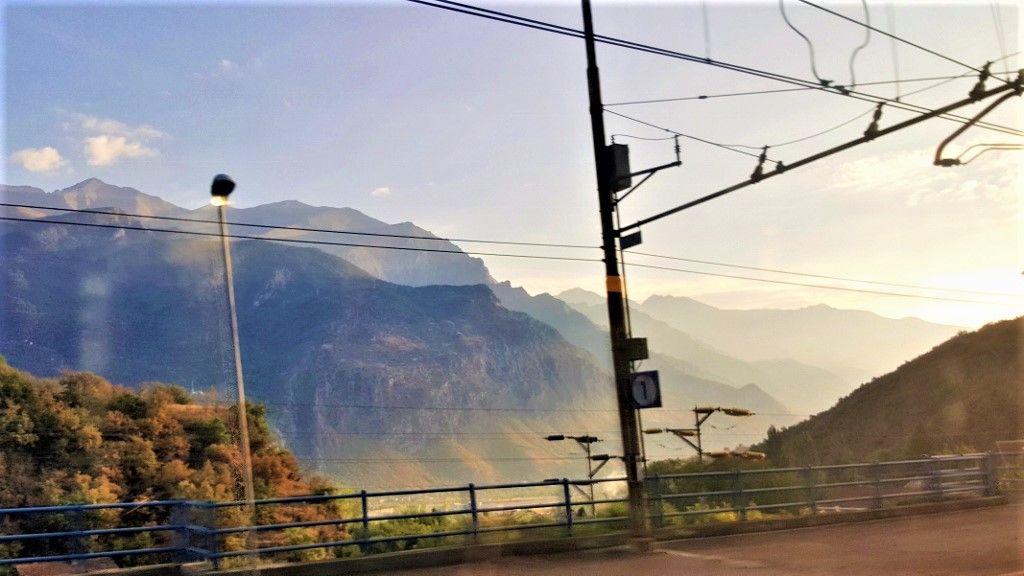 The Italian part of the journey definitely has the edge over the French as when heading south the views towards the mountains can be appreciated until the railway reaches the suburbs of Turin. 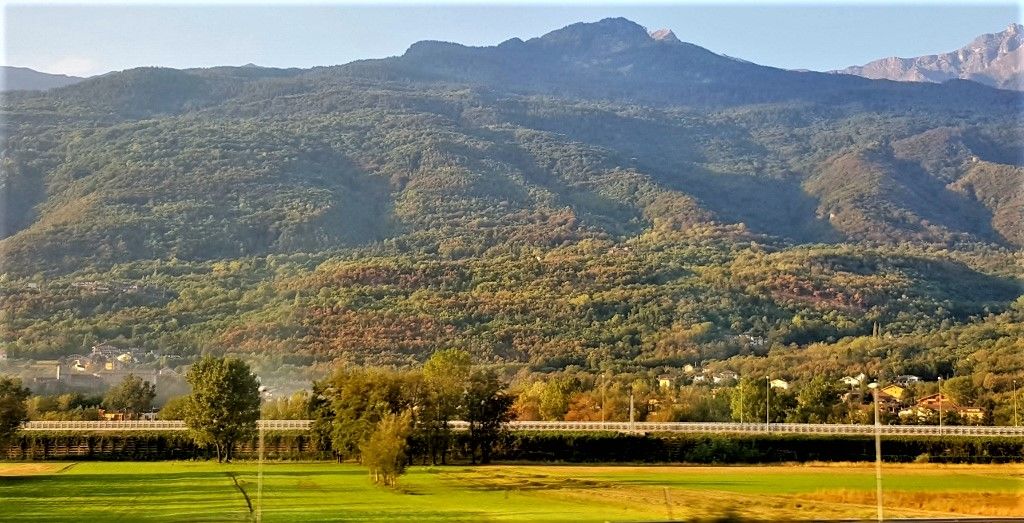 the other epic express train journeys: