International Train Services From and To Belgium

In contrast to train travel within Belgium, on which both discounted tickets and reservations aren't available, different terms and conditions apply to MOST of the international train services that operate to/from Belgium.

And the FIVE things that are good to know about taking a train from Belgium are:

(1) Tickets will be cheaper if booked in advance for journeys by the high speed trains - the Eurostar, ICE, Thalys, and the TGV Bruxelles-France trains and for journeys by the IC train service to The Netherlands.
(2) Reservations are compulsory (and included on the ticket) on Eurostar, Thalys and TGB (TGV) trains.
(3) Reservations are available, but not compulsory on the ICE trains to/from Germany.
(4) In contrast to the high speed trains, discounted tickets and reservations are NOT available on the IC trains between Belgium and Luxembourg, or between Belgium and Lille in France.
(5) There are now overnight trains to/from Belgium - on two nights per week a Nightjet train travels from Bruxelles to Innsbruck via Munich and to Vienna - and it calls in Leuven and Liege. 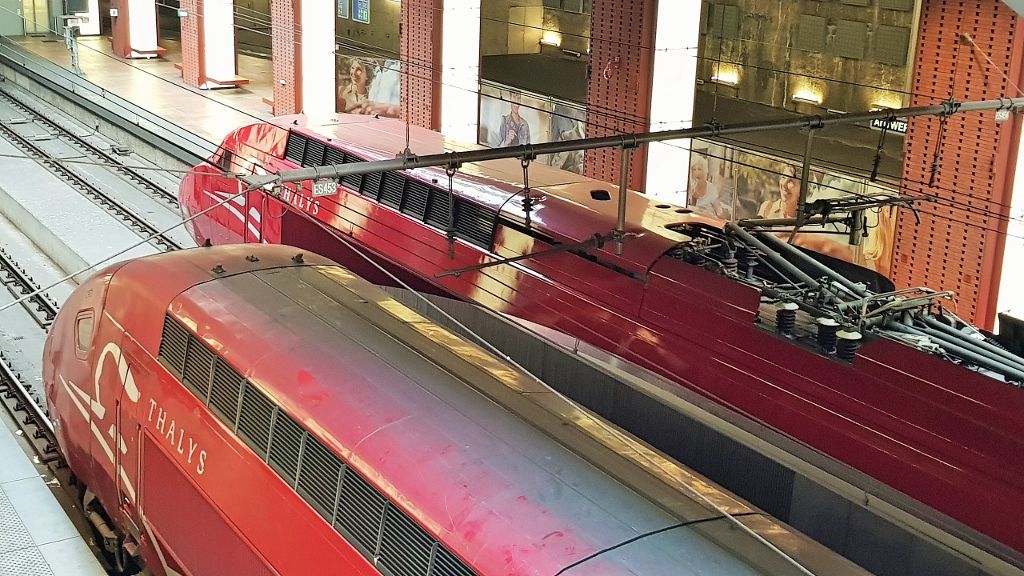 The direct Thalys trains between Brugge, Charleroi, Mons, Namur, Oostende and Paris have been withdrawn.

Note that tickets can't be purchased either online or at the station for journeys by Thalys train between Bruxelles and both Antwerpen and Liege. 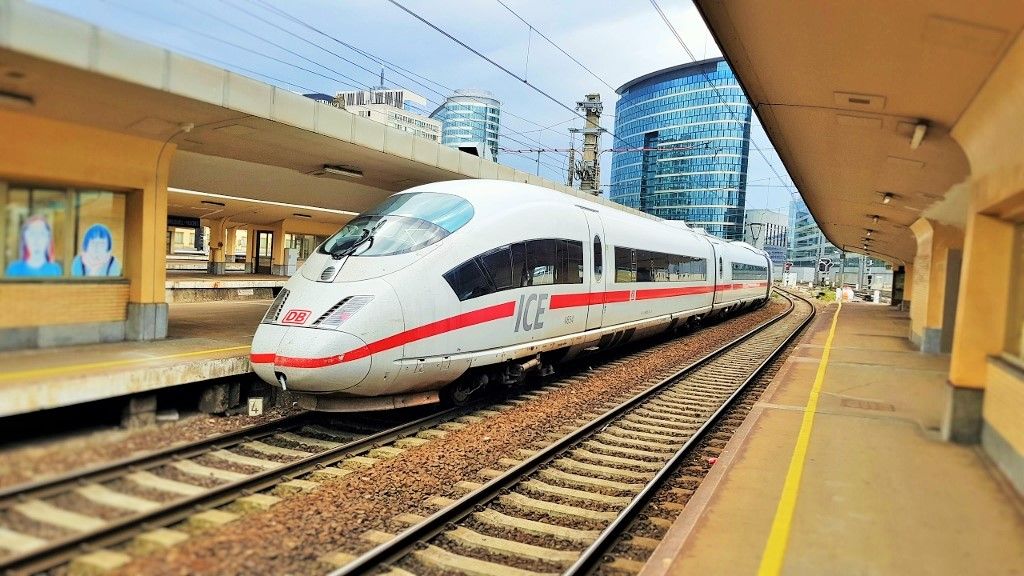 For rail pass users the ICE trains are a much better option than the Thalys trains for journeys between Belgium and Germany.

If you won’t be travelling with a rail pass then you have a choice of Thalys or ICE trains for direct journeys between Brussels/Bruxelles* or Liege and Koln/Cologne or Aachen.
Choose whatever departure time/price suits you – both Thalys and ICE trains are sold on B-Europe, the ICE trains can be cheaper than the Thalys trains and vice versa.

Note that tickets can't be purchased either online at the station for journeys by ICE train between Bruxelles and Liege. 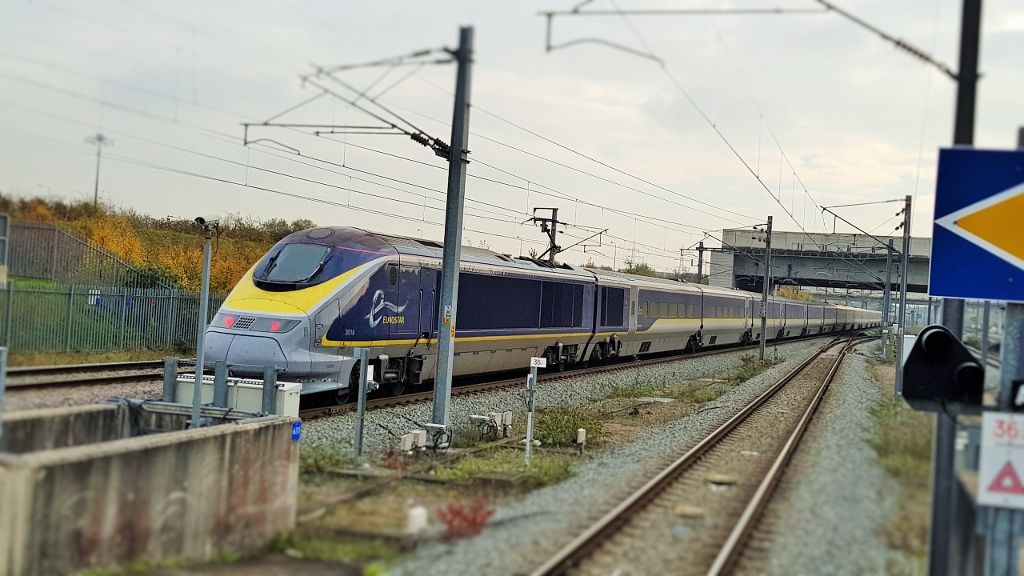 Most of the Eurostar services on this route are operated by **e300 trains** - pictured above
However, some services are now operated by e320 trains. 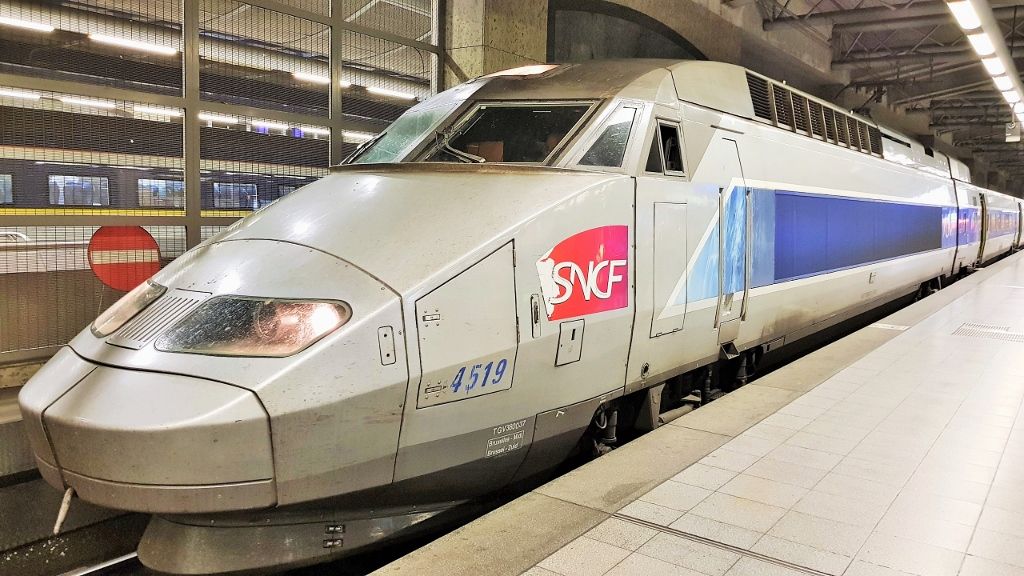 These trains operate direct between Bruxelles Midi/Zuid and many cities in France.
So by taking these trains you can avoid the awkward transfers between stations in Paris.

(On the latest timetable update the direct TGV trains between Bruxelles and Antibes, Cannes, Nice, St Raphael and Toulon were discontinued - though connecting in Marseille and NOT Paris is an option).

On the Bruxelles <> Paris route the TGV-IZY trains are a slower, (they have a journey time of 2hr 12min), but cheaper alternative to the Thalys trains

Tickets can only be booked on Izy.com. 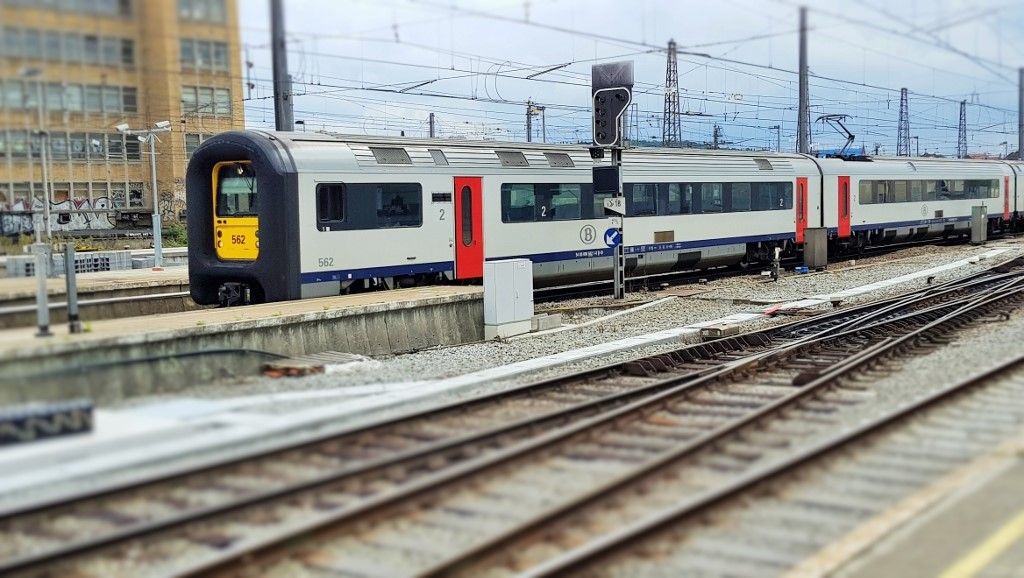 Seats cannot be reserved on any these international IC trains and no on-board catering is available.

Non-high speed IC (Intercity) trains on operate on these five routes from/to Belgium:
(1) Antwerpen/Anvers – Gent – Kortrijk – Lille Flandres (change of train many be required at Kortrijk)
(2) Mons – Tournai - Lille Flandres (change of train may be required at Tournai)
(3) Bruxelles Midi/Zuid – Bruxelles Central – Bruxelles Nord – Bruxelles Luxembourg – Namur – Arlon – Luxembourg
The trains used on these three routes are Belgian IC trains, pictured above, which happen to have their journeys extended over the borders. 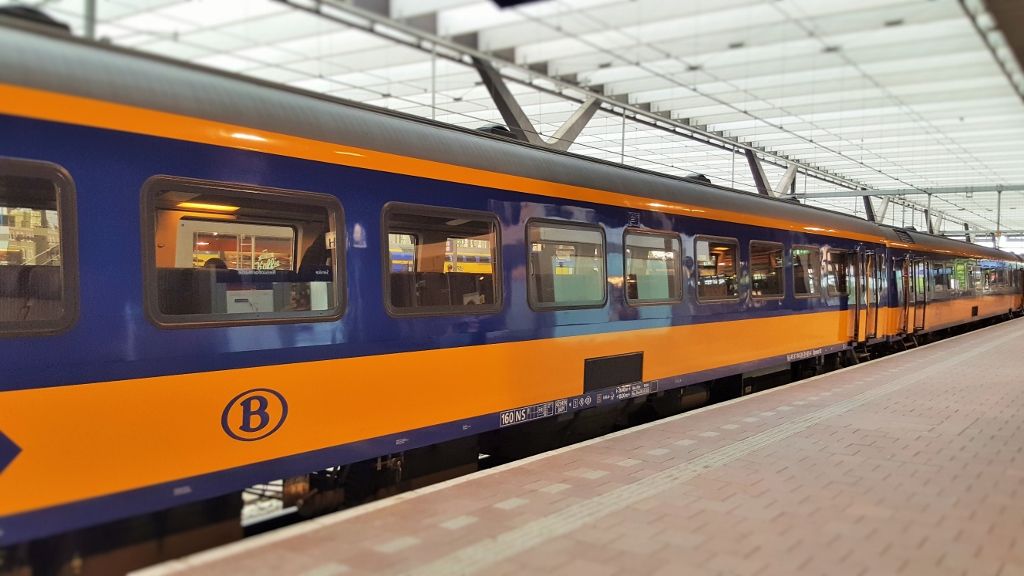 *These IC trains between Belgium and The Netherlands, pictured above, can be referred to online as ‘InterCity Brussels’ trains, but they don’t carry this branding, though they can have stickers on the doors showing that they operate between Amsterdam Centraal and Bruxelles Midi/Brussel Zuid.

For rail journeys between Belgium and The Netherlands they're a slower alternative to the Thalys trains as they're not high speed trains.
Although when the most heavily discounted tickets for the Thalys trains have sold, they're (much) cheaper.
These IC trains are also a much cheaper option for rail pass users than the Thalys trains, as they have no additional charges.