By Simon Harper
| over 1 year ago
HelpBelgiumUsing Rail Passes

As reservations aren't required on any train operated by the Belgian national rail company, NMBS/SNCB, you can hop on/off virtually any train in Belgium if you're travelling with a Eurail or InterRail Pass.
The only notable exceptions are the Thalys trains between Brussels/Bruxelles and both Antwerpen and Liege/Luik on which rail passes can't be used at all. 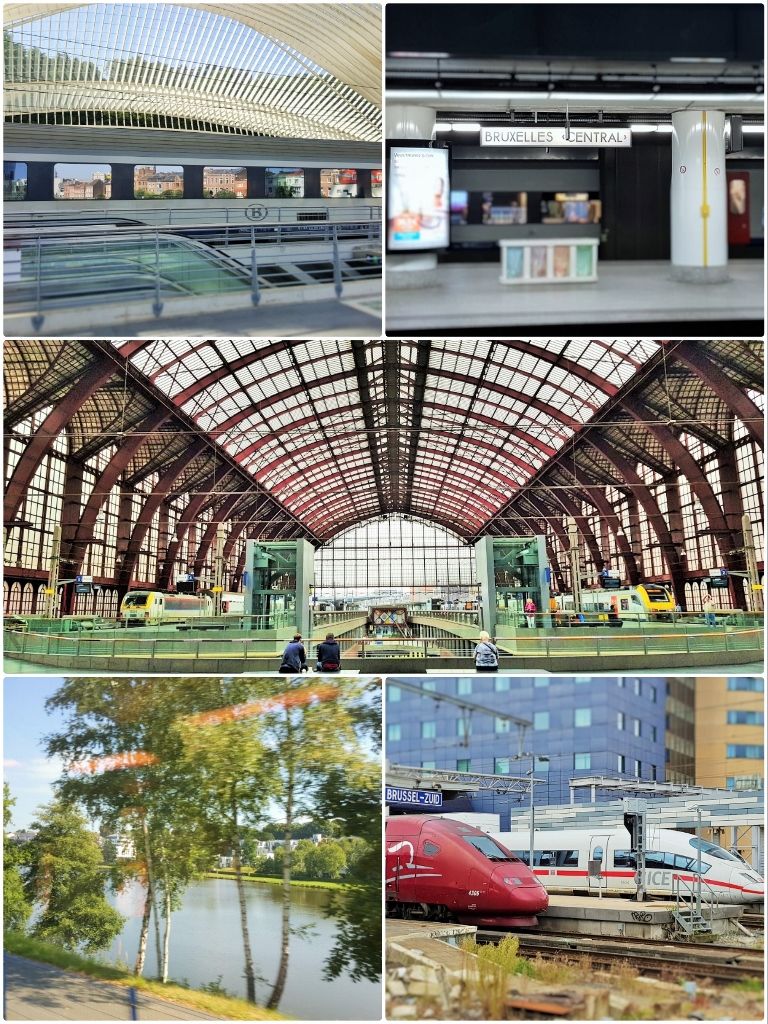 How InterRail and Eurail passes can be used on international trains to and from Belgium differs according to which service you will be travelling by:

Paying the OPTIONAL reservation fees of €5.30 if you have a 1st class pass, or €4 if you have a 2nd class pass, to guarantee a seat on these ICE International trains can seem comparatively expensive; particularly for the relatively short journeys between Bruxelles/Liege and Aachen/Koln.
Though if you want to be sure of a seat on the longer journeys between Bruxelles and Frankfurt, it can be worth looking up the train you're planning to take on DB - the German national railways booking service.
Carry out the steps required to book a ticket and it will warn you if a particular ICE departure is likely to be exceptionally busy.

If you have a Benelux, Eurail or InterRail pass then reservations for the Thalys trains can be booked on B-Europe.
Click the ‘Interrail’ tab on the main booking window.

You can avoid these Thalys reservation fees by making indirect journeys with multiple changes of train.

So if you will be using a rail pass and travelling between Belgium and The Netherlands in either direction, target these trains and avoid the comparatively expensive rail pass reservation fees on the high speed Thalys trains - see below.

Rail pass reservations are now available on the Eurostar services between Belgium and the UK (not The Netherlands) and they can be booked online on B-Europe
The Eurostar reservation fee is a flat rate of €30 in 2nd/standard class and €38.50 in Premiere/1st class - the 1st class rate can be exceptionally good value, particularly when the most heavily discounted tickets have sold out.

Though Belgian and UK residents can only use the reservation fees on the first and/or last days on which they will be using a pas , due to the InterRail validity T&Cs.
However, take care because it's possible to book these rail pass reservations on B-Europe that won't be valid, so check your rail pass T&Cs carefully.

Rail pass reservations have to be booked before boarding the TGV trains between Bruxelles/Brussels and cities in France, other than Paris* including Avignon, Lyon, Marseille and Montpellier.
Though the comparatively expensive rail pass reservation fees are 1st class = €30; 2nd class = €20.

B-Europe now allows Eurail and InterRail pass users to book reservations for journeys by these trains.
It's pretty much straightforward to use, except for the one quirky feature illustrated below. 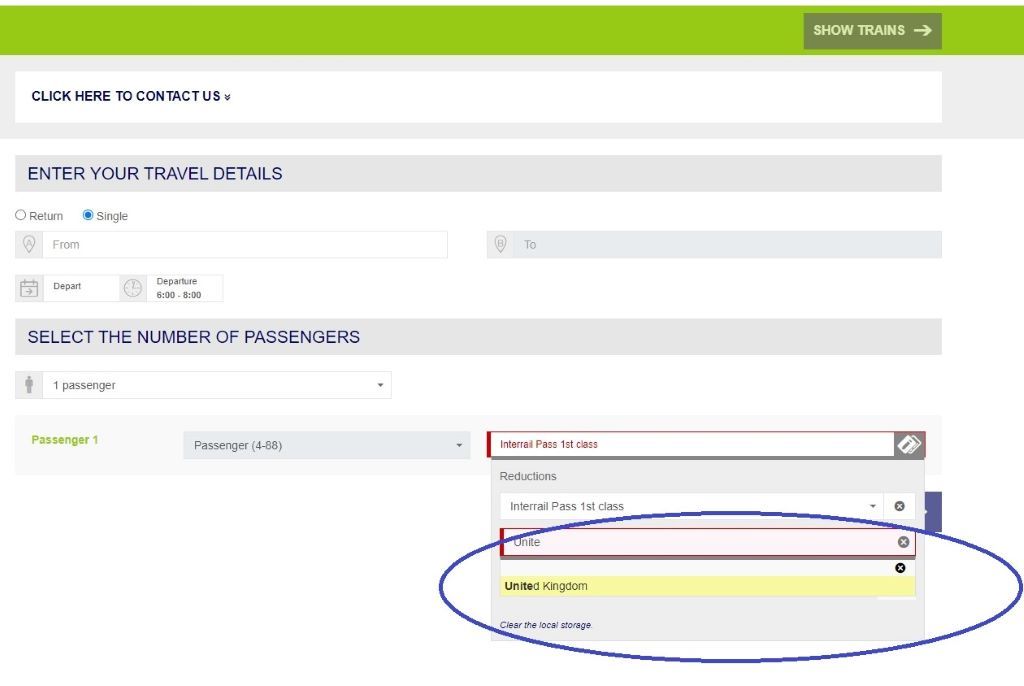 This may be to do with SMTJ's settings on the PC, but we had to enter the county of residency manually, B-Europe initially pre-populated it, but it wouldn't stick.

*Thalys provides the direct train services between Bruxelles and Paris.

The alternative to the direct TGV trains:

If your travel itinerary includes direct travel between Bruxelles/Brussels and one of those cities in France, south of Paris, the only viable alternative to taking these direct TGV trains, is usually to take a Thalys train to Paris and then to travel on from Paris by TGV trains.

The reservation fees on that combination of trains will be either:
- €30 or €40 if you have a 2nd class pass,
- €40 or €50 if you have a 1st class pass.
You will also have to buy a ticket for the RER trains between the stations in Paris because rail passes cannot be used on those trains.

So IF it's an option, taking these TGV Bruxelles-France trains will be cheaper AND you can also avoid having to make the transfer across Paris.

The other rail pass guides: