Travelling on The Glacier Express

Our guide to making the incredible ride focuses on the less obvious aspects of making this journey, including how rail pass users can now take this train!

The Glacier Express heads dpwn the valley to Andermatt

All of the core information you will need about The Glacier Express train is on its website but a summary of the less obvious aspects of taking this train will hopefully be useful.

The two largest independent mountain railway networks in southern Switzerland are the Matterhorn-Gotthard-Bahn (MGB) and the Rhätische Bahn/ Rhaetian Railway (RhB), and what makes the Glacier Express train unique is that it is the only service that travels between BOTH networks.
Therefore the Glacier Express is the only DIRECT train in either direction between Zermatt/Visp/Brig and Chur/Davos/St Moritz.

The longest journey possible on the Glacier Express is that between St Moritz and Zermatt, which takes around 8hrs and 10 mins; it’s not a fast train (speed isn’t the point of making a journey).
In contrast, making the journey between St Moritz and Zermatt by a combination of regular MGB and RhB trains requires at least 4 (usually 5) changes of train.

Good to know about tickets:

The cost of purchasing separate tickets for a journey by regular trains between Zermatt and St Moritz is similar to the cost of a Glacier Express ticket; so those Glacier Express ticket prices are actually good value.
For journeys by The Glacier express the total price is the journey price + the reservation fee, so the 'journey price' is not the total cost.
The journey price varies according to distance travelled, but the reservation fee is a fixed price, irrespective of distance.

You also don’t have to travel the length of the whole route to experience a ride on The Glacier Express – short section tickets are now available.

Booking a minimum of a couple of weeks ahead is highly recommended, as many departures sell out completely in advance.
When making a booking, you will select seats on a seating plan, so can see if window tickets are available etc.

If you have a Swiss Travel Pass, Saver Day Pass, or a Eurail or InterRail pass that’s valid in Switzerland, you only have to pay the reservation fee – so using any of these passes to travel on The Glacier Express is a great deal!
Rail pass users can book reservations without journey tickets on the Glacier Express website. 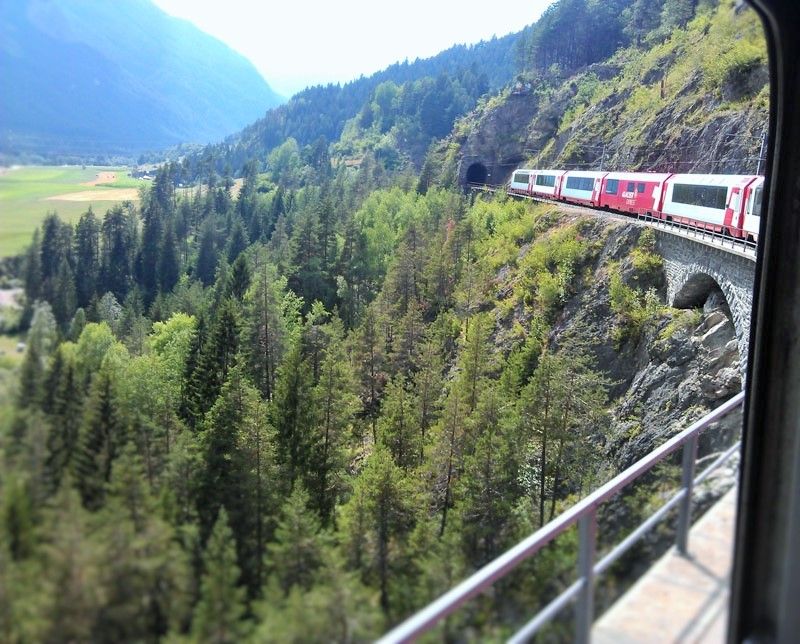 5 Other Things Worth Knowing:

(1) The reservation fees/supplementary charge is cheaper in the winter compared to the summer.

(2) Connections to Swiss mainline SBB trains are available at Brig, Visp and Chur - SBB trains from Basel and from Zurich operate to Chur.

Brig and Visp stations are served by trains from many Swiss cities including Basel, Bern, Geneva, Lausanne and Zurich.
EC trains also provide a direct service between both Brig and Visp and Milan.

(4) The train will reverse direction on departure from Chur station.

(5) The journey between St Moritz and Zermatt has five distinct sections:
St Moritz to Chur
On the Albula Railway, including the famous Landwasser Viaduct, but it is not the only viaduct on this twisting part of the route – sit on the left facing backwards for the best views of the viaduct (when travelling in this direction) 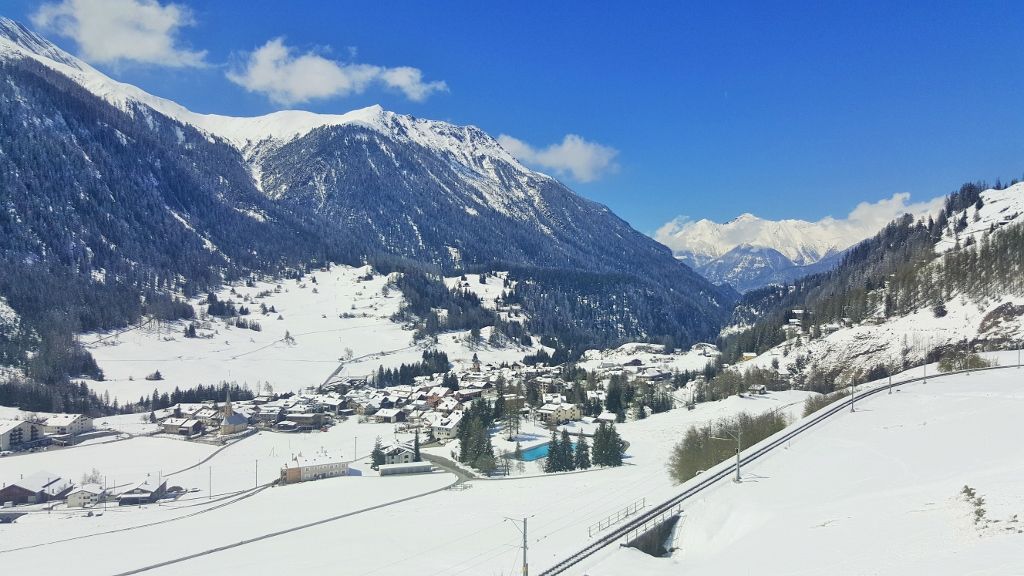 Chur to Andermatt
As the train approaches Andermatt it climbs to the highest past of the route at Oberalp, with spectacular views over the Oberalpsee and down into the valley from the left of the train; the train will have reversed direction in Chur. 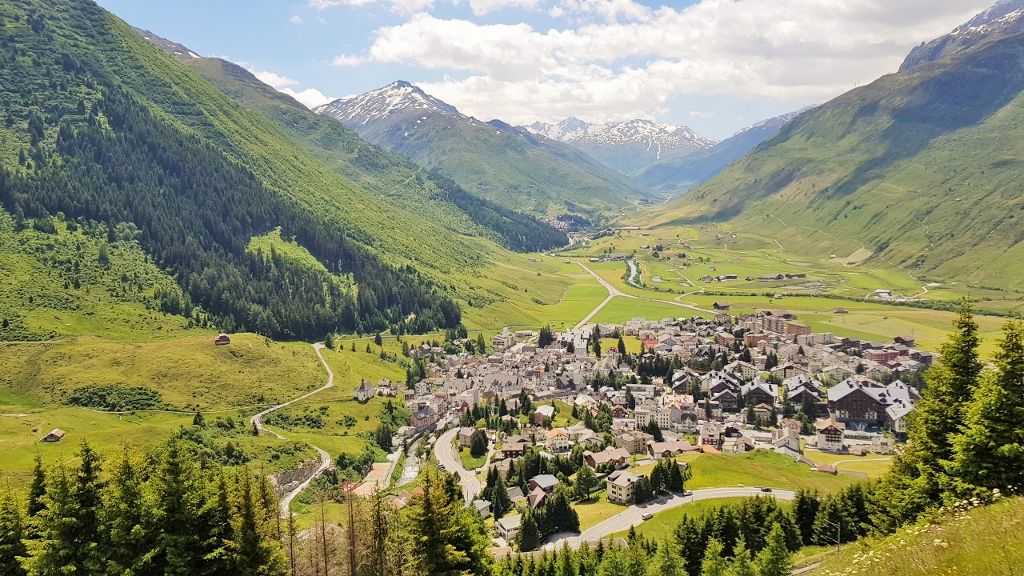 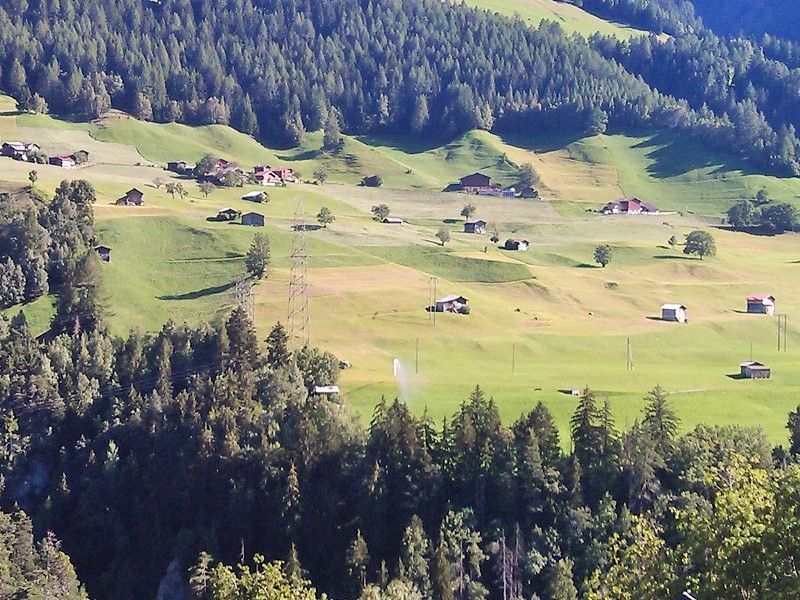 Brig to Visp
Between these stations the route runs parallel to a mainline operated by SBB and there is a more urban, less spectacular flavour here, though the views from the right of the train, of the valley walls towering above, have their moments.

Visp to Zermatt:
As the train ascends the valley the views are incredible from either side of the train. 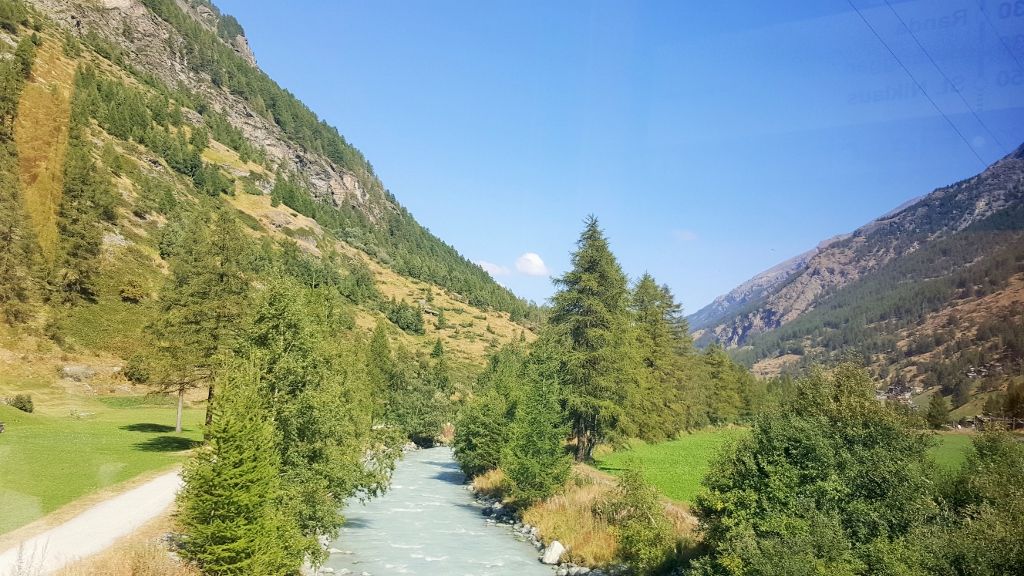