How to travel on the ZB (Zentralbahn) Railway

The ZB (Zentralbahn) independent railway is the route of the Luzern To Engelberg and Interlaken express trains.

By Simon Harper
| over 1 year ago
InspireSwitzerlandBeautiful journeys

How to travel on the Zentralbahn (ZB Railway) 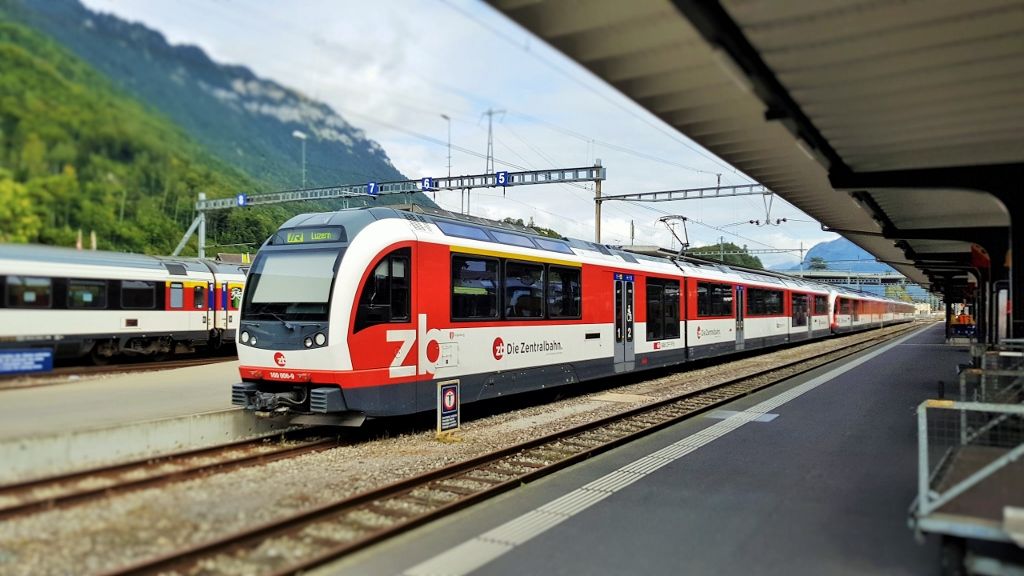 ZB Zentralbahn operates the spectacular and useful link between Luzern/Lucerne and Interlaken, which allows for the quickest journeys from eastern Switzerland to the Bernese-Oberland area.

The Luzern – Interlaken Express trains have exceptionally large windows which give great views over four beautiful lakes!
When travelling from Luzern to Interlaken, three of these lakes, the Sarnersee, the Lungenensee and the Brienzersee can be seen from the right of the train; trains reverse direction at Meiringen. 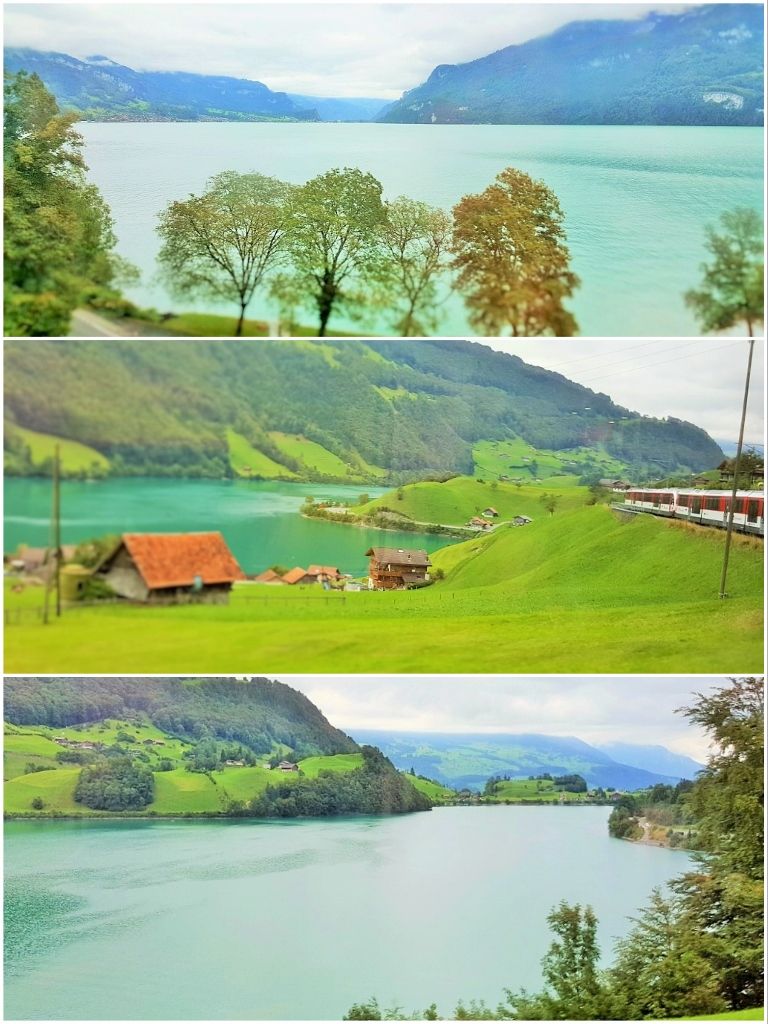 The Luzern <> Interlaken route is so fabulous that it merited inclusion on a list of the 15 Most Beautiful Swiss Train Journeys.
Because the trains reverse direction at Meiringen, the best of the views are also available if you sit on the right when travelling east from Interlaken Ost. 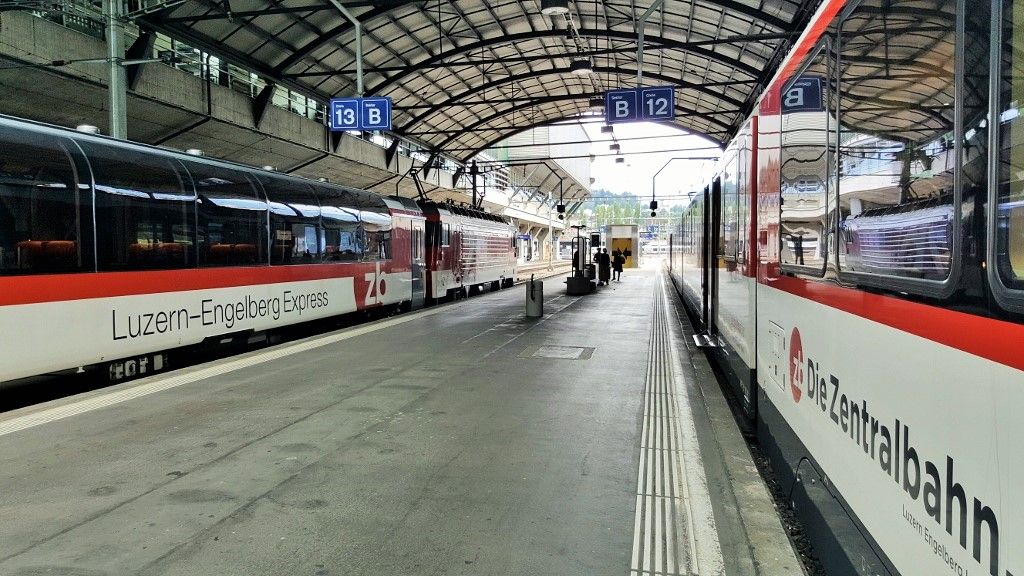 In addition to the local trains, the other main ZB service is the Luzern – Engelberg Express.
These trains also have large panoramic windows.

Unsually for a Swiss Mountain Railway, food and drink is available on the Luzern – Interlaken Express and Luzern – Engelberg Express trains.
Travel in 1st class and catering staff will provide an at-seat service.

In addition to the Luzern - Interlaken and Luzern -Engelberg express trains, ZB also operates local services on these routes

Rail connections with the Zentralbahn

With the BOB trains:
At Interlaken Ost station, connections are also available to the Bernese-Oberland Railway BOB trains to Lauterbrunnen and Grindelwald.
(The first of the three train services that need to be taken in order to ascend to Jungfraujoch).

With the MIB trains:
This railway links Meiringen with Innertkirchen, with two stations on the line serving the spectacular Aare Gorge.
Meiringen Alpbach station is a 10 min walk from the base station of the Reichanbachfall Funicular, which lives up to its name by providing easy access to the Reichanbach waterfall.

If you will be travelling with a rail pass, the 'Golden Pass route' between Luzern and Montreux via Interlaken, is a fabulously scenic and useful connection between central Switzerland and Lake Geneva; a great alternative to the direct IR trains between Luzern and Geneva.
And rail pass users don't have to pay any additional fees to travel on any of the required trains.

So reverse the combination when travelling west to east.

Eurail, InterRail Swiss Travel Passes and Saver Day Passes are valid on all ZB Trains.
They are also valid on the other Golden Pass route trains:

Tickets between SBB stations and ZB stations can be booked on the SBB booking service.

If you will be travelling in either direction on the Luzern - Interlaken Express, tickets can be booked online, you won't save money, but you can choose specific seats.
Though Zentralbahn does not sell ordinary journey tickets independently online; users of its website are directed to SBB’s booking service.