How to travel on the spectacular Montreux-Oberland-Bernois Railway in Switzerland, including a guide to its uniquely wonderful trains on the Golden Pass route

By Simon Harper
| over 1 year ago
SwitzerlandBeautiful journeys

How to travel on the MOB Railway 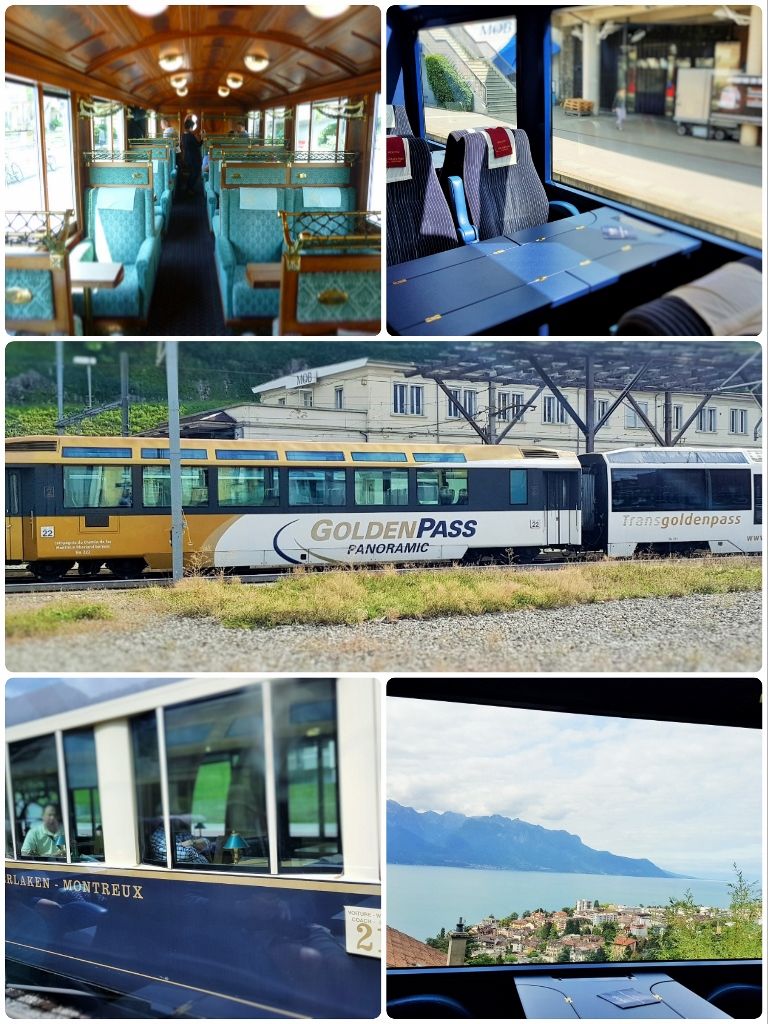 The Chemin de fer Montreux–Oberland Bernois (MOB) is one of SMTJ's favourite Swiss mountain railways, it's trains offer a unique travel experience and the routes they take have a wow factor.
Official website

MOB operates a number of routes from the main station in Montreux , which it promotes as ‘Golden Pass’ routes; though as can be seen below, what used to be known as the 'Golden Pass Route' is the train journey across Switzerland between Montreux and Luzern.

The main route taken by MOB trains is Montreux – Montvobon – Gstaad – Zweisimmen (in either direction).
At Zweisimmen station straightforward connections are available into trains to and from Spiez; and some of those trains also provide a direct connection with either Bern or Interlaken.

What is unique about MOB Railway is that it operates three different types of train on its main route between Montreux and Zweisimmen:
1: Standard trains that travel the length of the route between Montreux and Zweisimmen, stopping at all stations.
2: Belle-Epoque (Classic) trains that resemble a miniature Orient Express, the interior of these trains is pictured above at top left.
3: Panoramic trains which have particularly large windows.
These trains also have a lounge at the end of the train for 360 views, seats in these lounges are limited, so reservations are recommended; and a surcharge applies to the ticket price to travel in these lounges.

The timetable is arranged so that during the day there is 1 x train an hour in both directions between Montreux and Zweisimmen, but these three different direct train services between each end of this route are incorporated into this regular timetable.
So at different hours either a standard train OR a Panoramic train OR a Belle-Epoque train will be departing.

The MOB timetable does not distinguish between the Belle-Epoque, Panoramic and standard trains.
However, if you look up journeys in either direction between Montreux and Zweisimmen, the standard trains are those with the longer journey times.

If you want to specifically travel on a Belle-Epoque or a Panoramic train then you can look up their respective departure times on the online timetable.

The journey between Montreux and Zweisimmen: 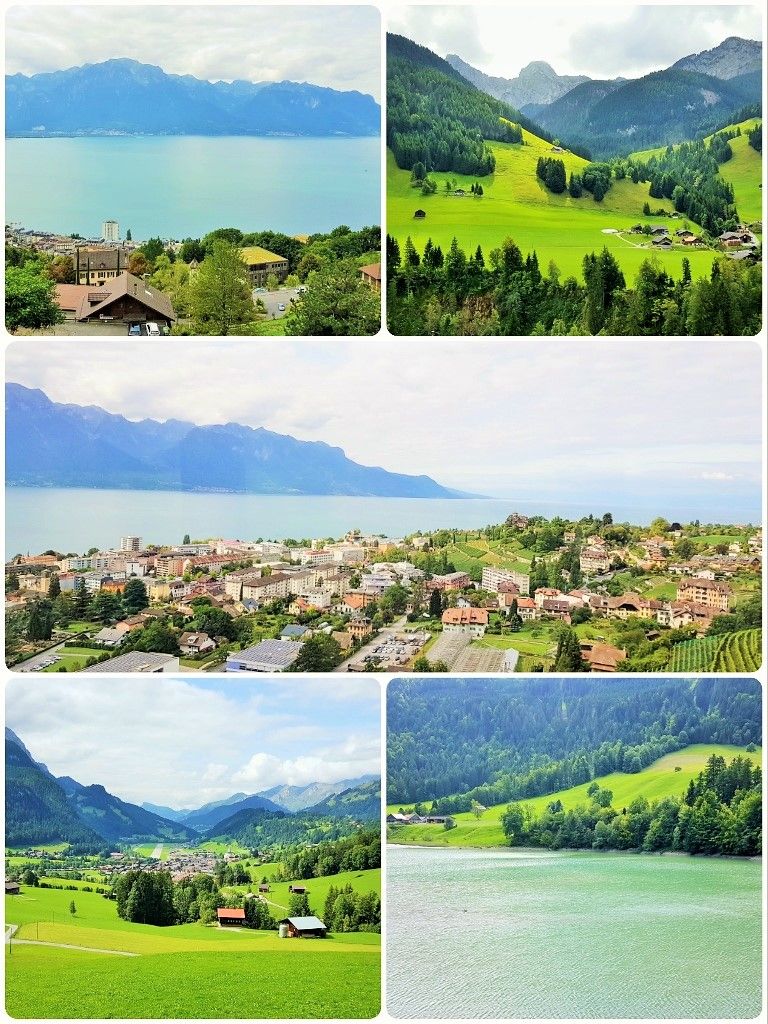 When travelling east from Montreux as far as Gstaad, the best of the views are from the right of the train; when facing the direction of travel.
There are stunning views over Lake Geneva from both sides of the train as the train twists and turns on the ascent from Montreux, but the pick of these views are on the right hand side.
Then as the railway turns inland, between Chamby and Gstaad, the best of the views over the mountain valleys are on the also on the right hand side.

However, aside from the views over Lake Geneva, the three other most epic vistas to be enjoyed on this journey are the views down over the villages of Gstaad, Saanen and Zweisimmen; and these three views are all over on the left, when heading east.
The view over Gstaad can be enjoyed just after trains from Montreux have departed from the station in the village.

If you will be travelling with a rail pass, the route between Montreux and Luzern via Interlaken, is both fabulously scenic and a useful connection between Lake Geneva and central Switzerland; a great alternative to the direct IR trains between Geneva and Luzern.
And rail pass users don't have to pay any additional fees to travel on any of the trains on this alternative route.

When we first explored Switzerland by train, the 'Golden Pass Route' was the route between Montreux and Luzern, showcasing the east<>west connections by train across central Switzerland.
You can't take direct trains on this full 'Golden Pass' route for the moment, through services should begin in December 2022, but the currently required connections in Zweissimen, Spiez and Interlaken Ost stations couldn't be more straightforward.

So reverse the combination when travelling east to west.

The Golden Pass route is so fabulous that it has been included in Go Go Places' list of Europe's Most Scenic Train Rides and on Days To Come's list AND on Far And Wide's list of the Most Remarkable Train Journeys in Europe.

Connections with other railways:

At Zweissimmen cross platform connections are available to/from BLS trains that link Zweisimmen with Bern via Spiez and Thun.
A few trains per day operate direct between Zweisimmen and Interlaken in both directions.

At Spiez easy connections are also available into trains to Interlaken and to trains on two routes from/to Brig (1) via Visp and (2) the Lotschberger route via Kandersteg.

Ticket prices cost the same price, irrespective if you travel by the Panoramic, Belle-Epoque or standard trains.
Tickets can be booked online though you won't save money if you book online, but you can choose specific seats.

Rail passes including Eurail, InterRail and Swiss Travel Passes are valid on any train, including the Belle-Epoque and Panoramic* trains.
*=Rail pass users have to pay the reservation fee to travel in the lounges on the Panoramic trains, but no other journey incurs an additional charge.

So if you have a rail pass you can just hop on the train, though be aware that seats may be reserved and the reservations aren't shown by the seats.