By Simon Harper
| over 1 year ago
AustriaInspireJourneysSwitzerlandBeautiful journeys

Why you should go

The route taken by the Railjet and EC trains between Zurich and Austria, lives up to expectations that a long distance journey by train between these two countries, must inevitably be fabulous.

On departure from Zurich the train will initially plunge into a tunnel, but the breath-taking views commence as soon as the train exits and then spends more than 25 minutes running along the shore of the Zurichsee (Lake Zurich), which can be seen on the LEFT when heading east. 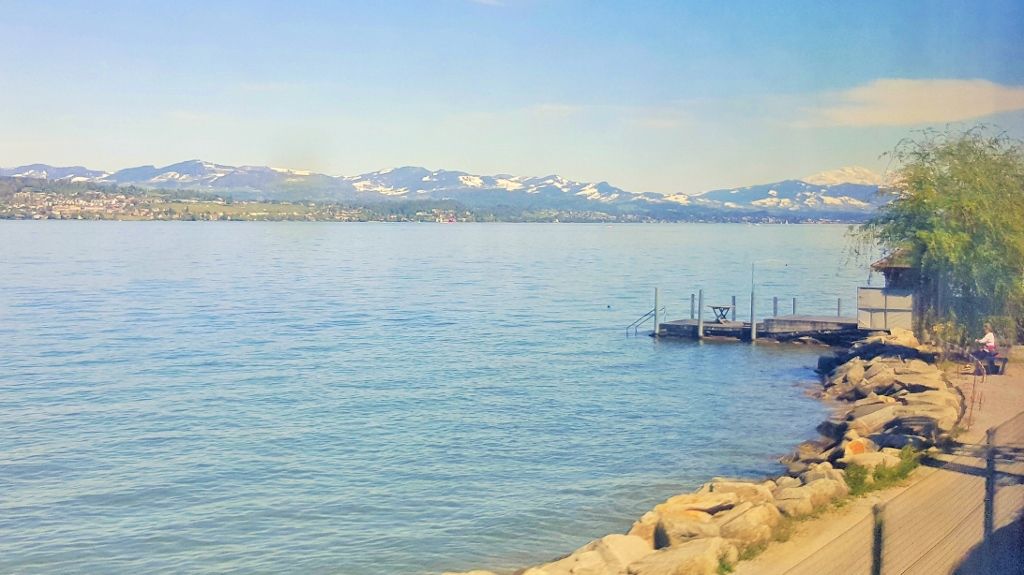 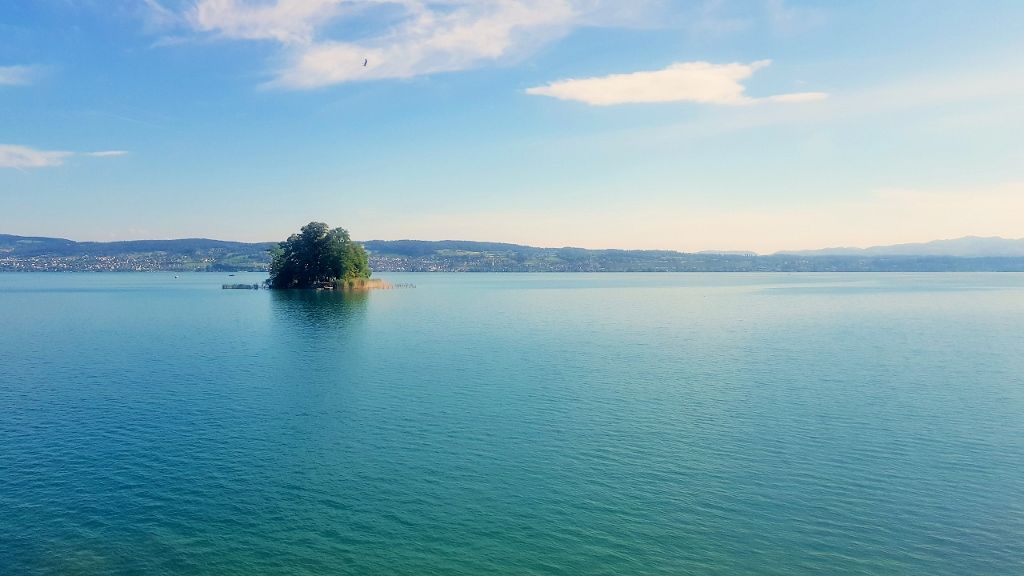 The two views above and this video...

...and the two images below, were all taken between Thalwill and Pfaffikon stations. 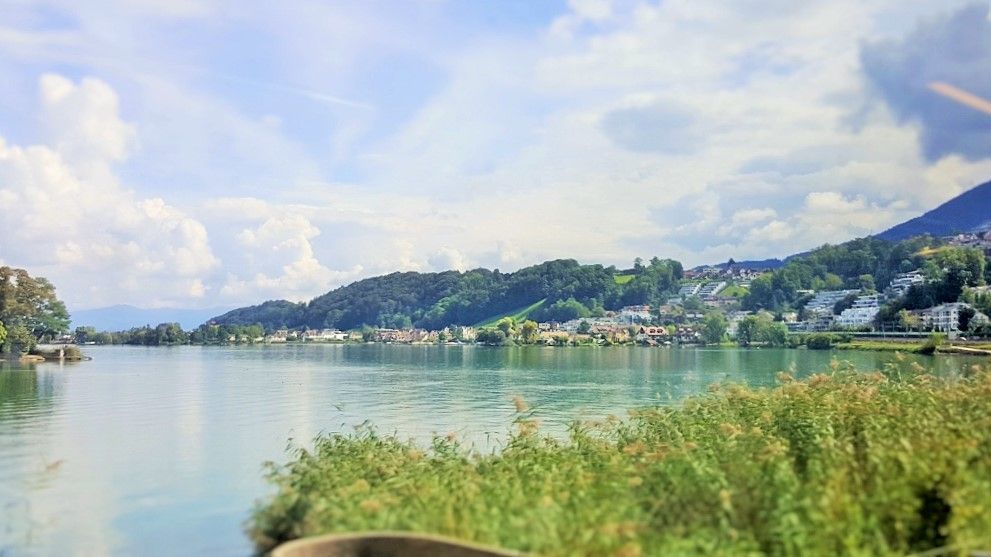 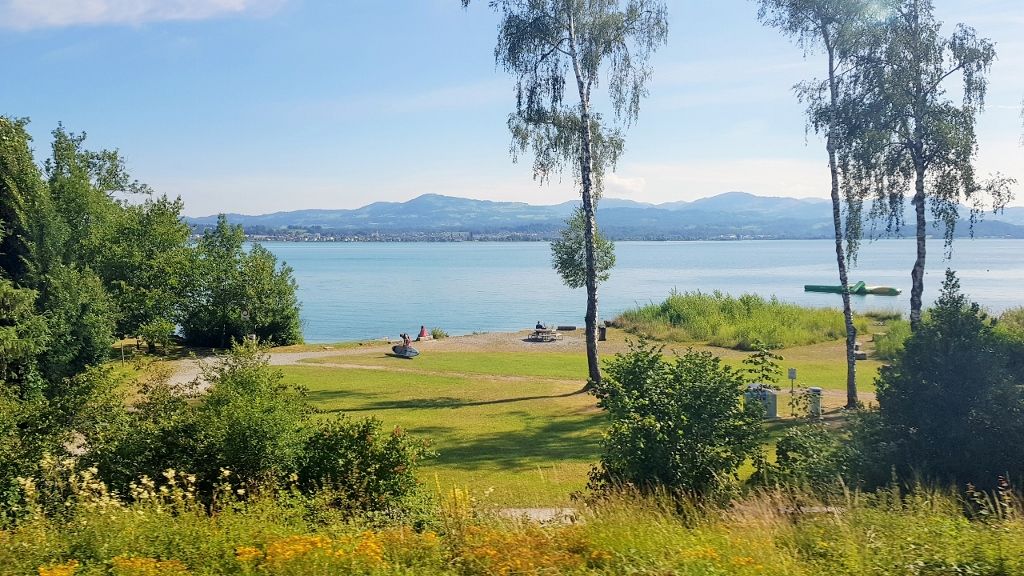 Shortly after the train has left Lake Zurich behind there are even more incredible lakeside views on the LEFT as the train passes the even more beautiful Walensee. 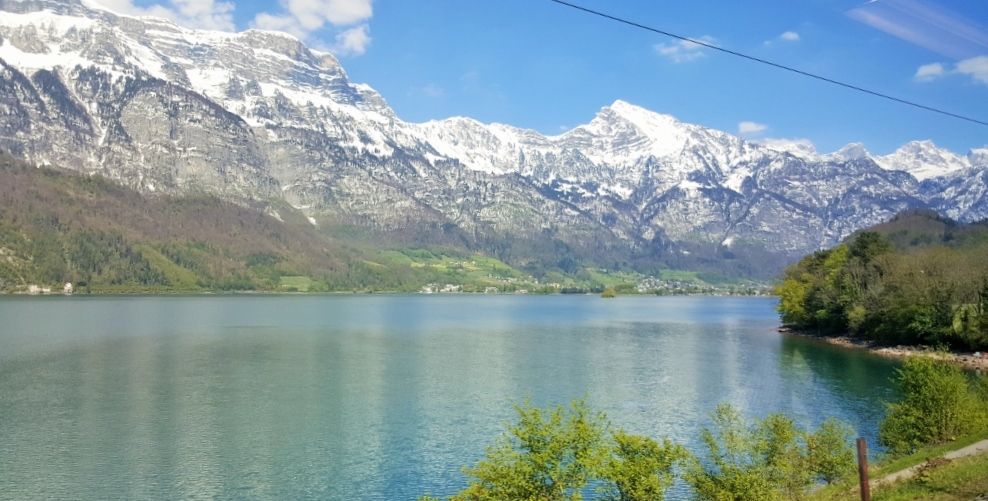 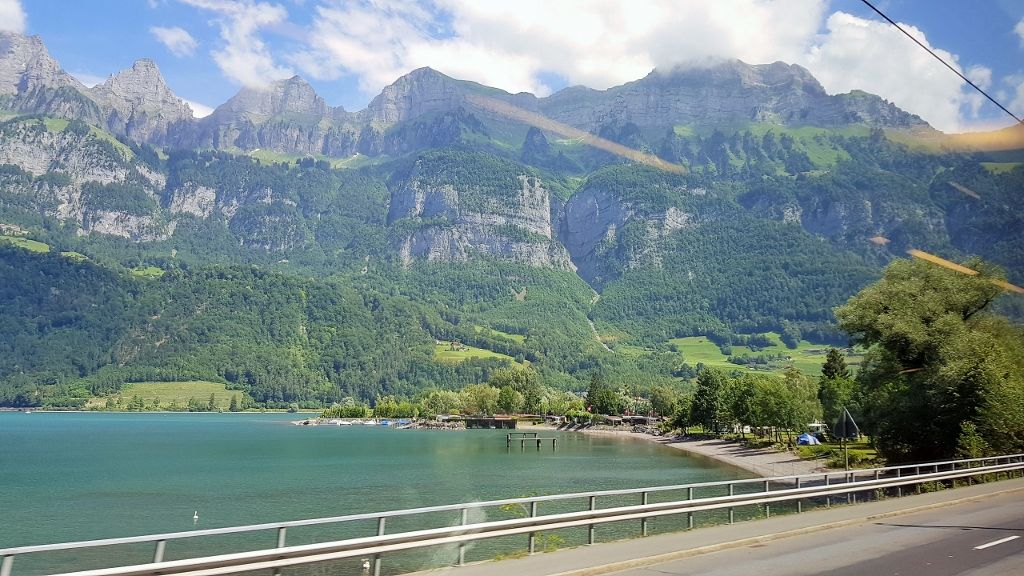 After departure from Buchs there's a preview of the Alpine scenery to come, as the train heads towards Austria, but before it does so it briefly passes through Liechtenstein. 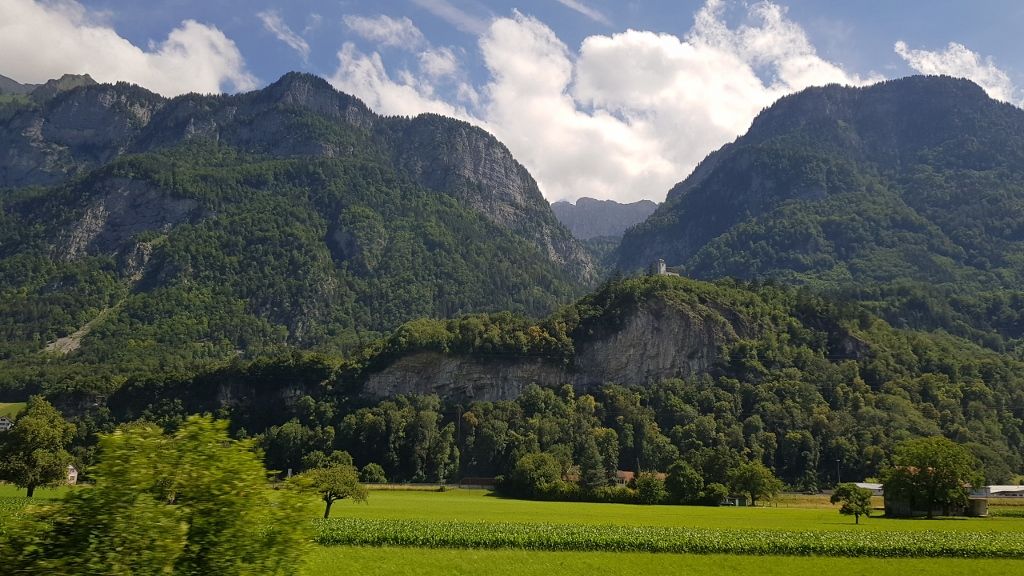 After the train has departed from Feldkirch comes the highlight of the journey, the passage through the Arlberg Pass between there and Landeck. 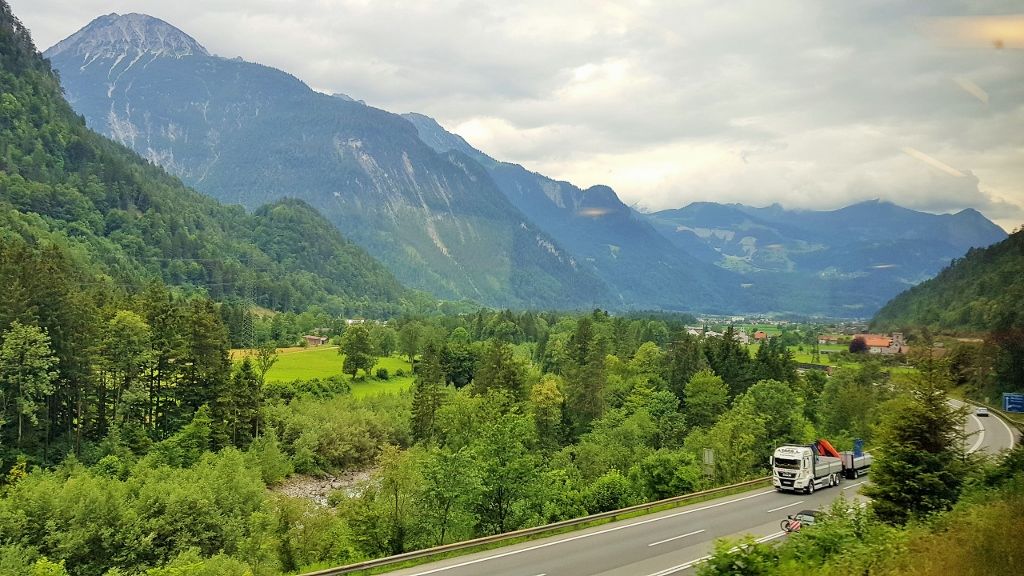 The best of the views will now be over to the RIGHT but the train will have reversed direction at Buchs, so if you join the track at Zurich opting to sit on the left when boarding is definitely the best option.

A big plus of this journey is that seats don't have to be reserved on the EC trains on this route; so when boarding at Zurich you can usually opt to sit on the left.
These trains are rarely exceptionally crowded, particularly in the middle of the day.

Though what can be frustrating is that the Arlberg Railway isn't above the tree line, so the constant presence of the tress means the stunning views can be fleeting.

The image below is one of the highlights of this journey, the view down the valley near Braz, when the train loops across the valley around 10 mins after departure from Bludenz station - this is a location where the trees temporarily don't get in the way! 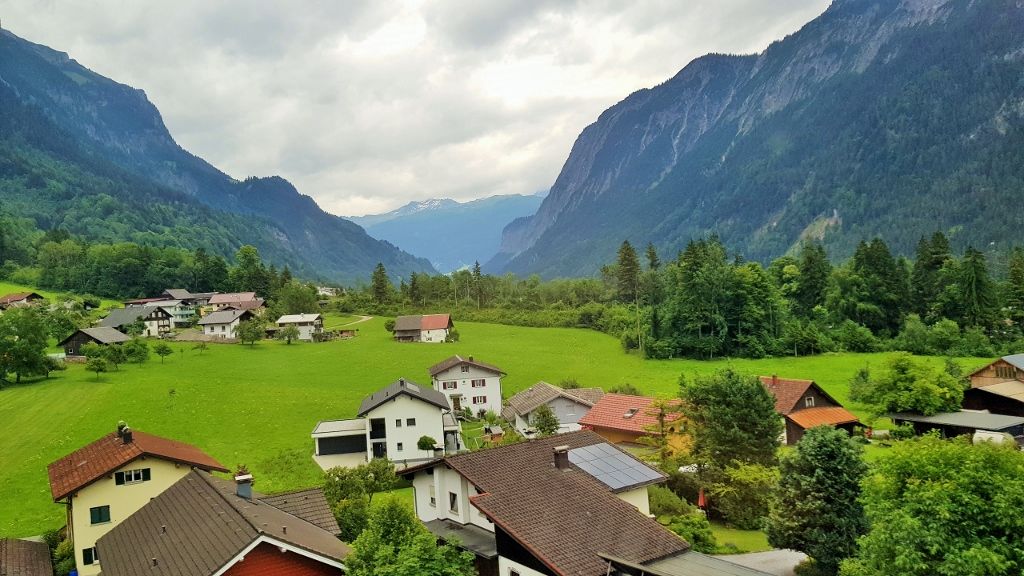 Between Braz and Langen am Arlberg the train travels through the Arlberg Pass on the southern side of the valley wall and the views below are taken from the right. 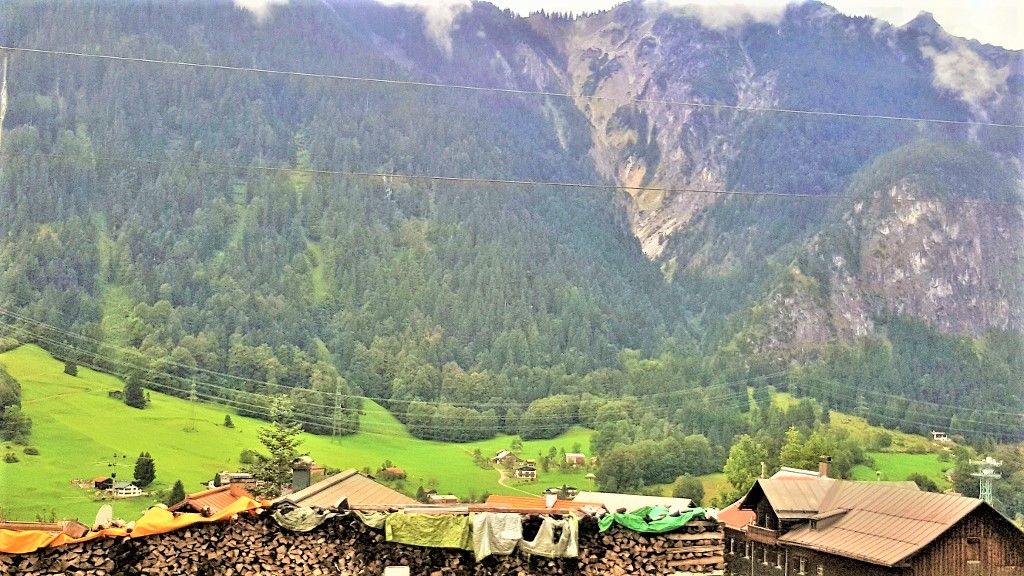 Between Langen am Arlberg and to the east of St Anton the train travels through a series of tunnels including the 10.6 kilometres of The Arlberg Tunnel which commences at St Anton station.
After the train exits the tunnel, the railway line crosses a series of bridges, which provides for fleeting views down the spectacular valleys. 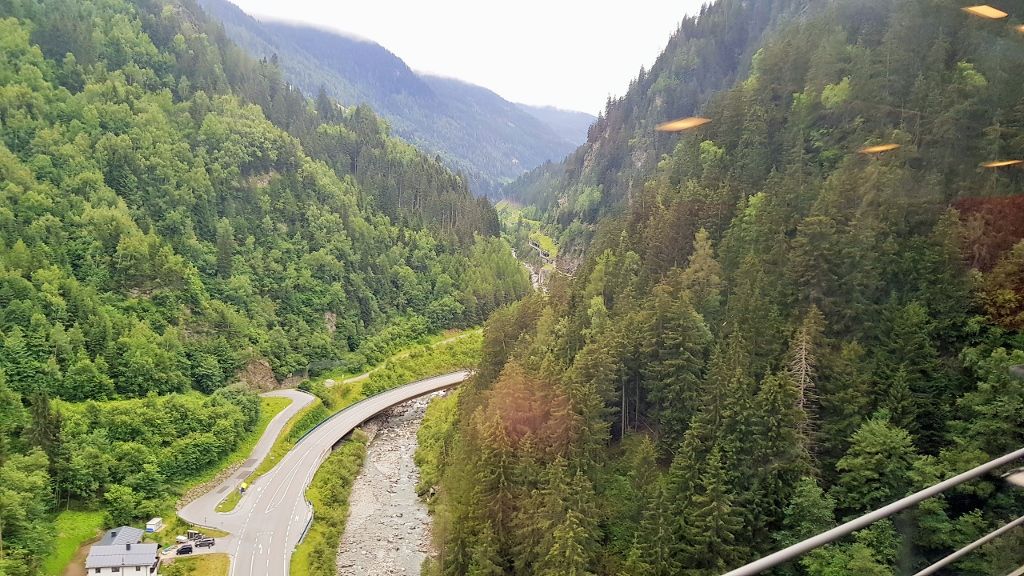 As the railway leaves The Arlberg Pass behind, between here and Innsbruck the views are far from dull; and on this section of the journey the best of the views switch to the LEFT.
The trains begin a long descent into Landeck-Zams, with fabulous views over the town. 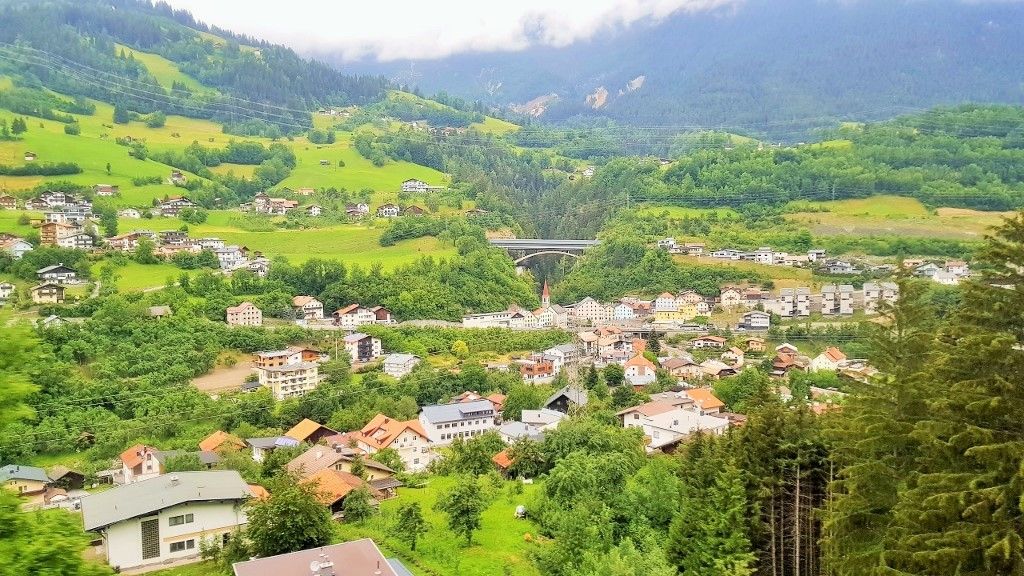 This image below was taken after departure from Landeck-Zams and from here to after Innsbruck the train follows the River Inn. 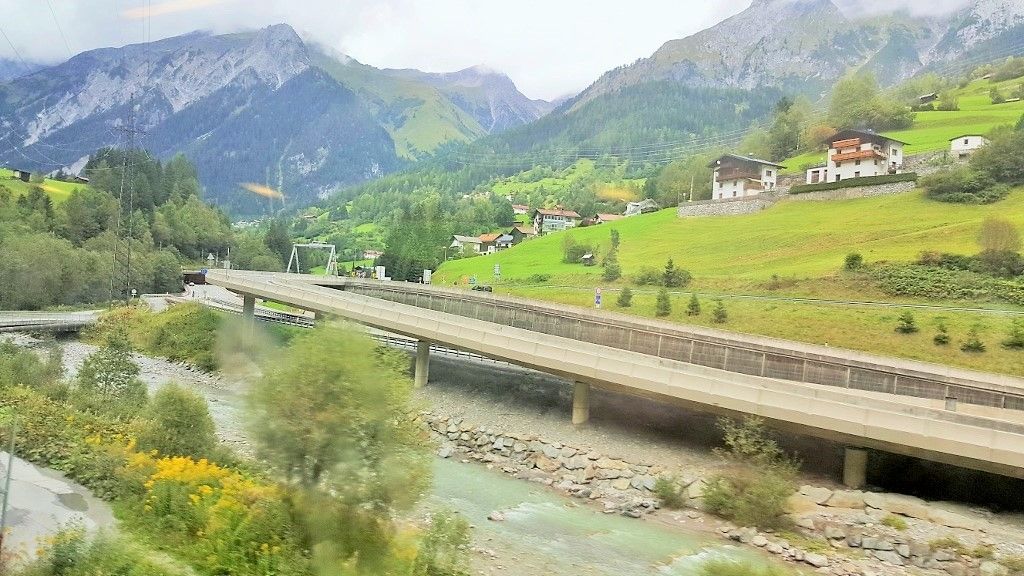 Between Innsbruck and Worgl the best of the views switch back to the right; the EC train from Zurich to Graz doesn't use the new tunnels which divert the Railjets away from the river.
(The video was taken from a train travelling in the opposite direction). 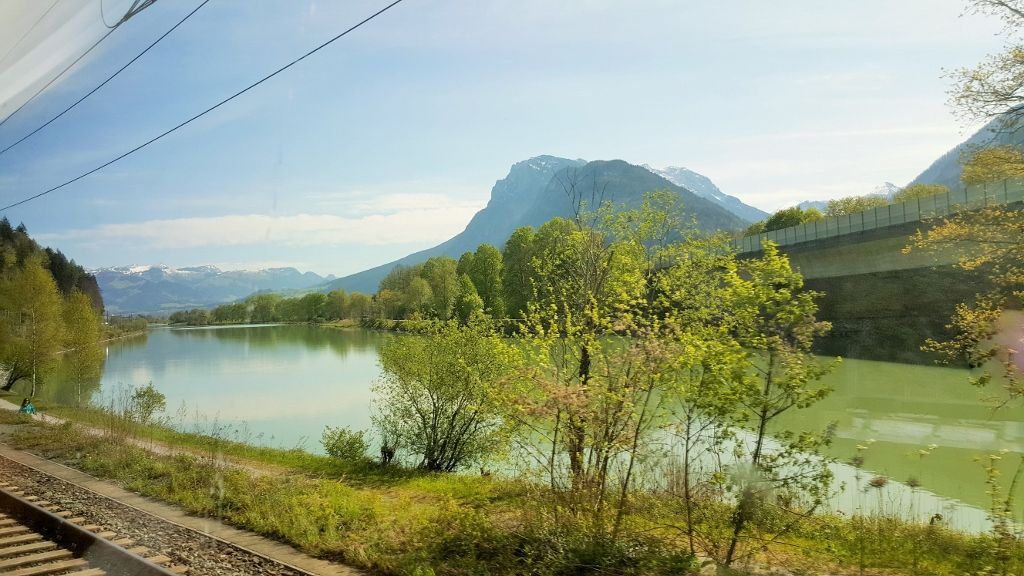 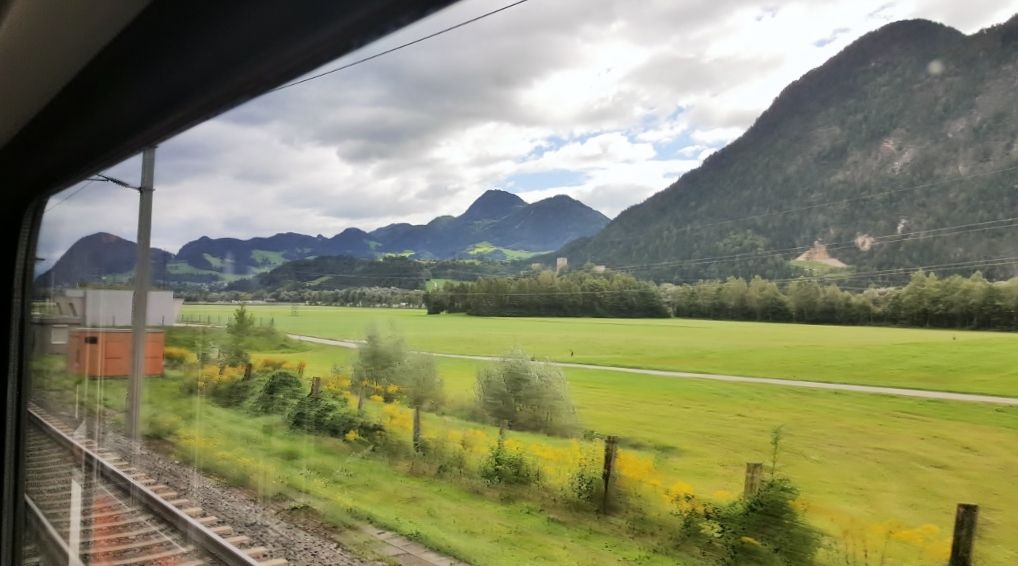 After Worgl the Railjets on the Zurich - Salzburg - Wien/Vienna route part ways with the route taken by this daily direct Zurich - Graz train.
We have a confession to make, we have only followed the route taken by the Railjets, but on THEIR journeys to Vienna, you will have already experienced the best of the scenery when heading east from Zurich.

However, the route that the Zurich - Graz train takes beyond Worgl is still a delight. We know that is the case because much of it is marked as scenic on the Rail Map of Europe and it never let's us down.
This daily train takes a route through the heart of the Austrian Tyrol via Kitzbuhel and Zell am Zee - and the views of Alpine landscape then continue as the train travels along the majestic Enns Valley Line towards Graz.
So if you're going to make one epic journey from Switzerland to Austria by train, choose this Zurich to Graz journey over the Zurich - Wien journey.

This journey is also featured on our GUIDE to European trains which only depart once per day.

All the practical information you need to know about making this incredible journey - including details of the tickets, trains and stations..

Though something particularly worth knowing about this train is that one of its 1st class coaches is usually one of the very special panoramic observation cars which Swiss national operator used to only make available on some Swiss journeys. 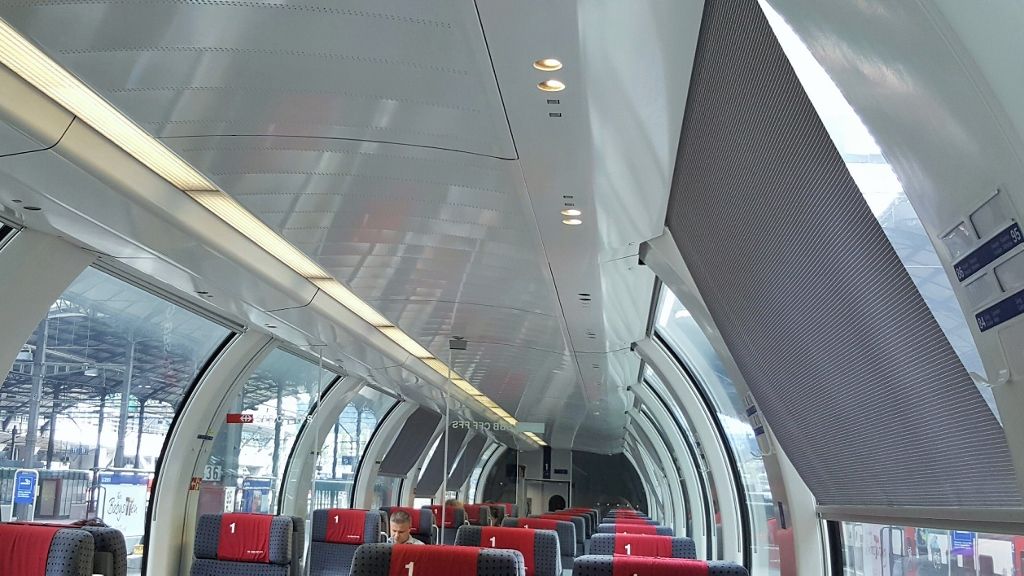 Seats don't have to be reserved on these EC trains and a premium isn't charged for travel in this observation coach, so when boarding with a 1st class ticket or rail pass, take a seat in this coach.
The ultimate is to ride this journey in a panorama car window seat on the left side of the train.

Zurich to Wien/Vienna with a Eurail or InterRail Pass

If you have a Eurail or InterRail pass, a fabulous alternative to the direct trains between Zurich and Wien/Vienna is to take this train heading to Graz, but to leave it when it arrives in Leoben.
At Leoben you can connect into a train on to Wien that will travel over the stunning Semmering Pass; though you need to make that connection at Leoben in the summer, in order to make the most of the late afternoon journey on that route (in the opposite direction TO Wien/Vienna).