Which Type Of TGV train will you be travelling by

How to work out which specific type of TGV train you will be travelling by when taking train journeys in France.

For the time being the French national rail company SNCF operates four different types of TGV train on its routes within France.

When looking up journeys by TGV trains on SNCF Connect** or app, it won't show which specific type of TGV will, be used for each departure.

You'll see this information (or info which will look similar to this):

But there is a trick for working out the specific type of TGV train you will be travelling by, which involves comparing the seating plans

You need to select 1st class when looking up the journey, even if you will be actually travelling 2nd class. 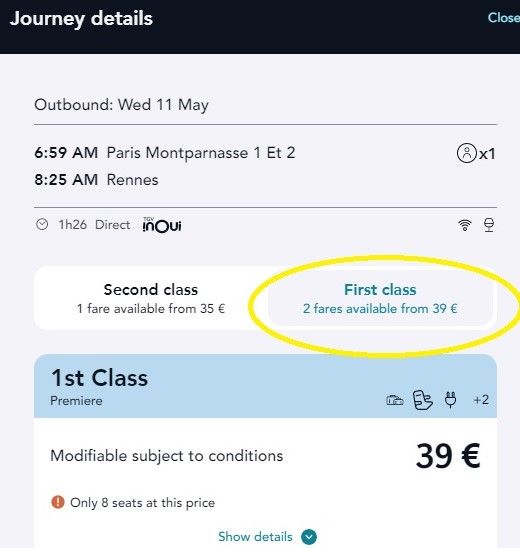 And then scroll down in order to click on the 'select this outward journey' button. 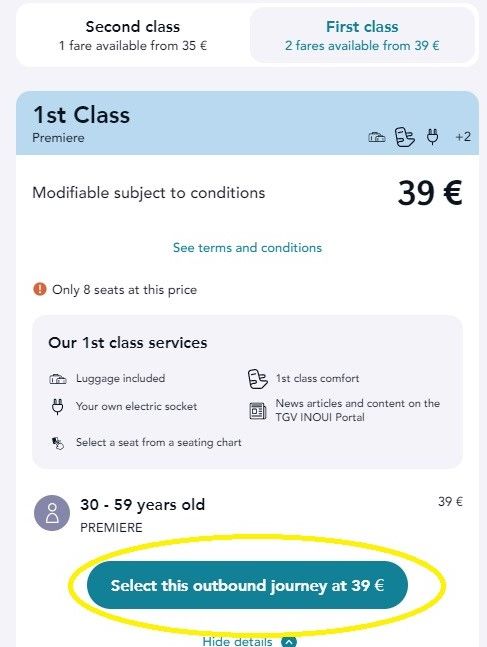 Step Two
Then go to select a seat; you won't be making any commitment to purchasing a ticket. 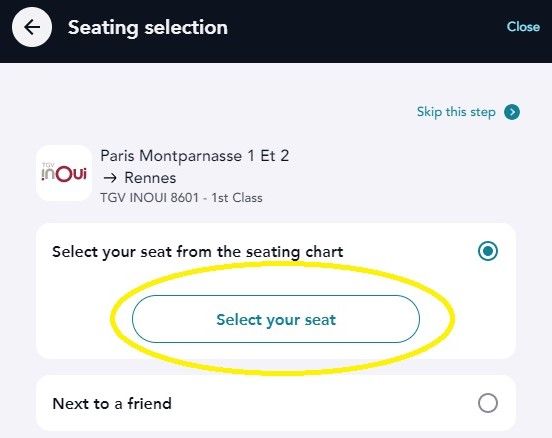 You will then see one of four seating plans.

On these you can use the positions of the tables to work out which of the four types of TGV train is scheduled to be used for this specific departure. 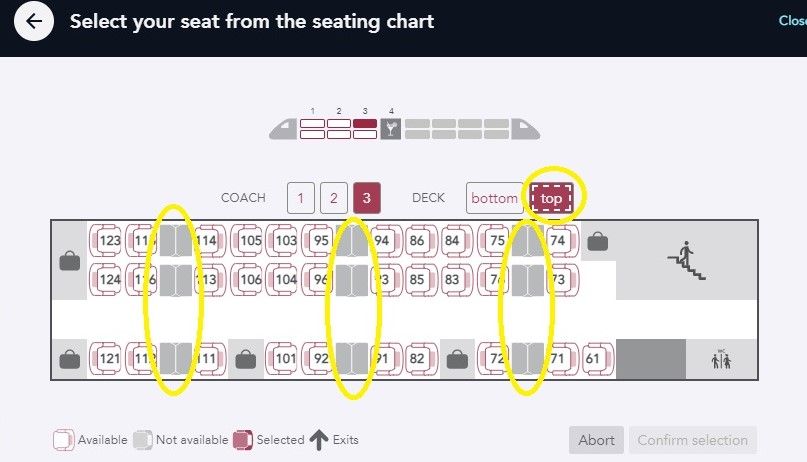 Note that this seating plan has the option for selecting the Bottom and Top decks, so it has to be a TGV Duplex or a TGV Océane train, as they are double-deck.
The TGV Atlantique and Sud-Est trains are single deck, so if those trains are being used for a departure, you won't see this Top or Bottom option.

But the key thing to note are the three tables on either side of the aisle.
Because this plan is showing this many tables AND it has a top deck, it has to be a TGV Duplex train.
You will note by comparing it with the TGV Océane plan below, that the TGV Océane trains have fewer tables. 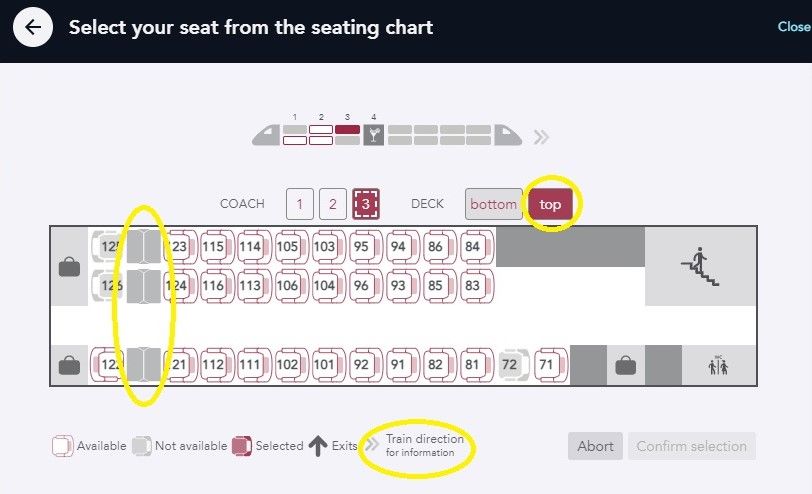 Note like the TGV Duplex, this seating plan has the option for selecting the Bottom and Top decks.
Having selected the Top deck, note the comparative lack of tables.
There are much fewer tables than on the TGV Duplex seating plan, so this plan will indicate at TGV Océane train is being used for this departure.

TGV Océane trains have fewer tables than the TGV Duplex trains in 1st/Premiére class, as most of the seats will be rotated, so that they face forward for each journey.
The other key indicator is that the 'Train direction' is shown on the TGV Océane seating plans and this isn't on the TGV  Duplex seating plan. 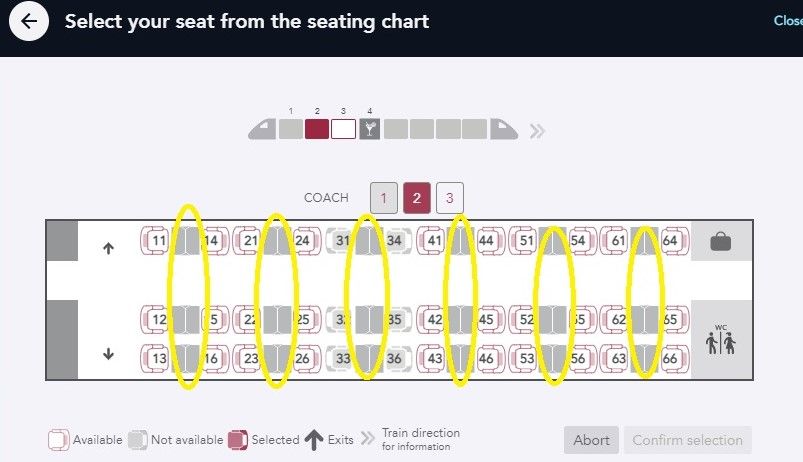 There is no choice of 'Top' or 'Bottom' so this plan must be for one of the single deck TGV trains, the Atlantique or the TGV-POS
As will be seen above the TGV Duplex and TGV Océane trains do have this top or bottom option.

Note that there is a table between every set of seats, so this must be a seating plan for a TGV Atlantique train, as it is the only type of TGV train with this feature. 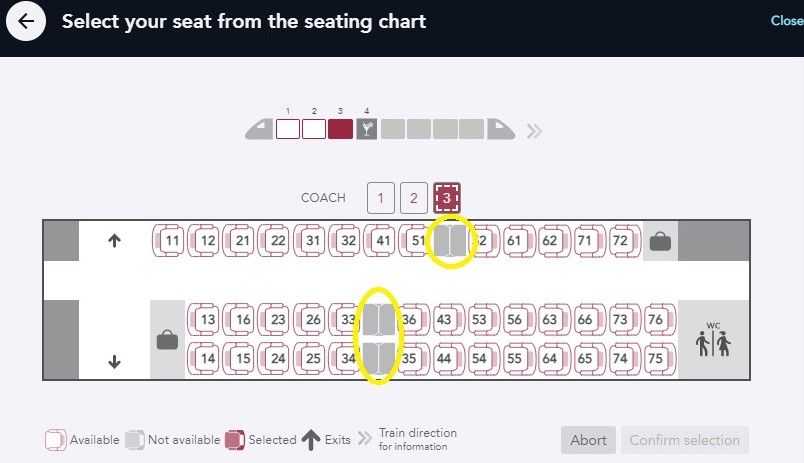