Tips If You Follow A Suggested Rail Pass Itinerary

These eight suggestions, ideas and insights will help travellers make the most of a Eurail or InterRail pass itinerary

By Simon Harper
| over 1 year ago
HelpUsing Rail Passes

So you're thinking of following one of suggested rail pass itineraries, but in addition to suggesting which trains you should take, we also have some other nuggets of advice.

Keep these tips in mind and you should help ensure that your trip is one to remember for all the right reasons!

Before you set off:

It can be a good idea to cross these off the to-do list before you leave home:

There are plenty of online articles suggesting that 7 – 10 weeks ahead is the optimum booking window for getting the best rates on hotel rooms, and my experience backs this up.
I started the planning of my most recent itinerary only 6 weeks ahead, but pushing back the entire trip by two weeks saved more than €300 on accommodation fees.

Quality accommodation at a good price in city centres AND with easy station access is the exception and not the norm.
Stations tend not to be located in the smartest part of town - so room rates near stations can be particularly expensive when the station ALSO happens to be in a nice neighborhood.

So the better option can be to stay in the suburbs - choosing places to stay near stations served by the local trains from and to main station.
Your rail pass will be valid on the local trains, but not the metros/subways.

Also if that place in the city centre you were considering, is a 15 min or more walk from the main station - then staying somewhere adjacent to a station on a local line can also be a big stress-saver.

If You'll be travelling in France....

The sooner you book reservations for French express trains on Oui-SNCF the more you will save; that's because a sliding scale of rail pass reservations fees applies in France.

Keeping these things in mind while you're experiencing your adventure can help enhance the experience: 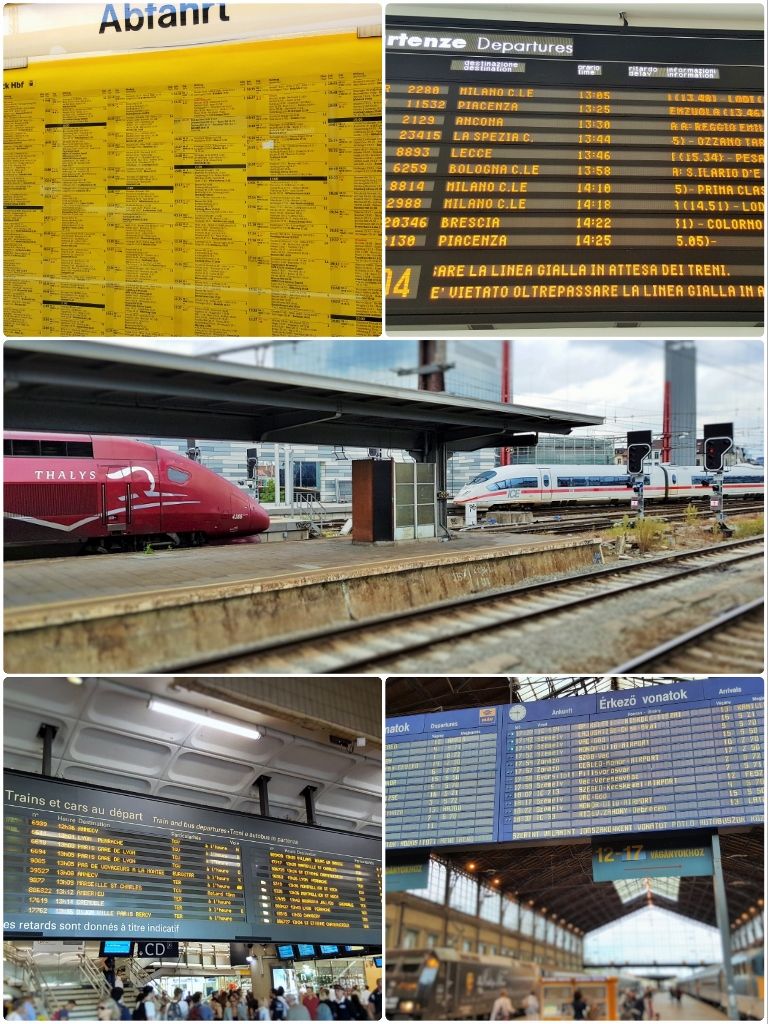 Seeing Europe by train is obviously wonderful, but it can also be a tad bizarre and that’s partially because each country in Europe applies its own rules and logic to how it operates its trains.
These ‘rules’ impact on how you can use Eurail and InterRail passes in each country.

Just because you can hop on any train in one country with your pass doesn’t mean you can do the same in another etc.
Not paying a reservation fee before boarding trains on which they’re compulsory is definitely a scenario best avoided – claiming ignorance of the rules won’t win over a train conductor.

Don’t let this put you off making that trip of a lifetime – there’s now a handy guide as to how you can use a Eurail or InterRail pass in all of Europe’s most popular countries, which you can find HERE.

Guaranteeing A Seat Can Be A Luxury Worth Paying For: 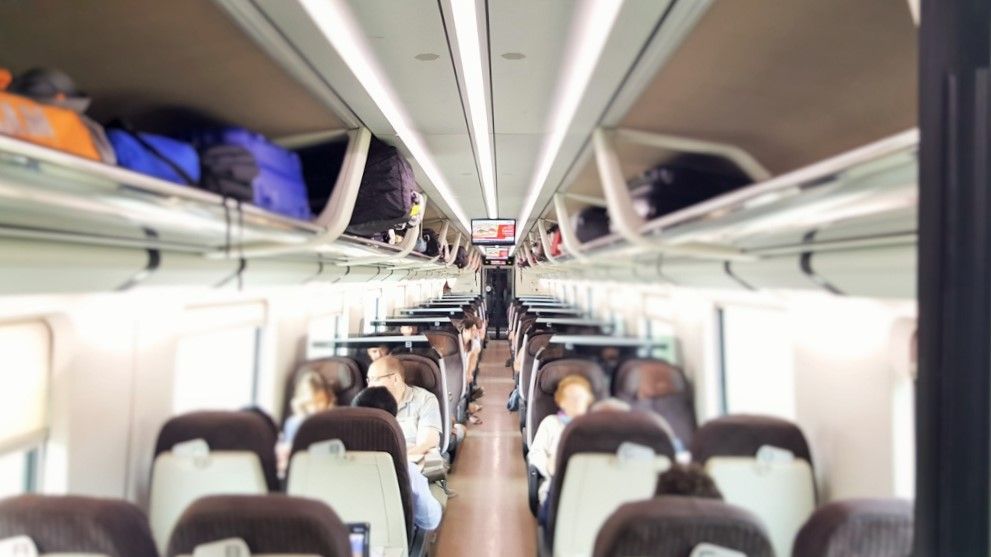 The reservation fees that Eurail and InterRail pass users have to pay in advance of travelling on some European trains can be referred to as ‘supplements’, but we’re emulating Eurail and InterRail by referring to them as reservation fees.
We’re doing so because by paying these fees, you are also ensuring that you'll have a seat on the train, they’re not a penalty for using a rail pass.

Making reservations, when you don’t HAVE to, on any long distance train after midday on Fridays and Sundays is always a good idea; and between June and September that applies on Saturdays too.
The peace of mind from paying less than €5 for an optional reservation can be worth every cent!

Don't rush to exit the stations:

You’ve just arrived in a location you’ve long dreamed of visiting and you can’t wait to see it, or it’s late and you're tired, all you want to do is be in your bed for the night as soon as.
However, try to resist the temptation to rush away from the station, when you arrive somewhere for the first time by train. 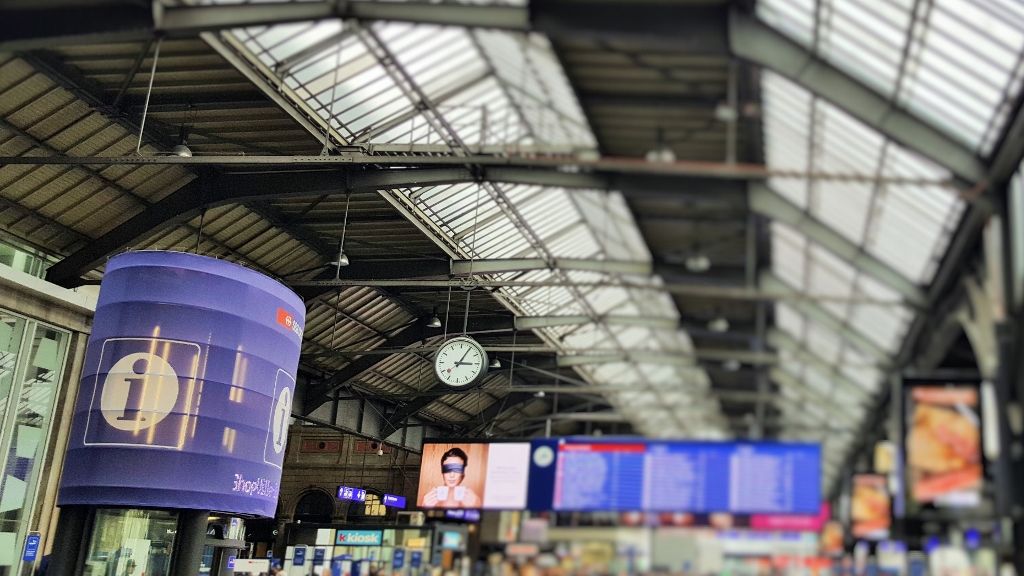 Stopping by an Information Desk or checking the timetable sheets to confirm that all is well with the next train you will be taking can be a big stress-saver.
Also take a look at the Reservation desks - if the waiting time is short, it can be an optimum time to make any reservations.

Confirm Your Journeys on the ticket booking websites:

The trains we have suggested on our itineraries can have their schedules altered for various reasons.
So it can be a good idea to check your train will be leaving at its usual time, by taking the same steps online that you'd take if you were booking a ticket.

The reason being is that the apps and other resources based on timetables will show you what trains are SUPPOSED to be running and when they SHOULD be departing.
They can have easy to miss notes on when that isn’t the case, but there also multiple scenarios which can lead to last minute changes to train schedules.

But the train ticket apps and sites should show the ACTUAL schedules, including most last minute changes; it’s because they can’t sell tickets for journeys that won’t now be happening

This nugget ofadvice also isn’t exclusive to rail pass users, but it’s the one thing that has tripped me up time and time again when following a rail pass itinerary.

When having bought train specific tickets for a journey, I’m the type of person who aims to be at a station an hour before – just in case.
However, when I have a rail pass in my hand, it’s too easy to assume that getting to the station and boarding the train won’t be a problem – when in holiday mode that extra 15 mins in bed can be very tempting when the station is a 10 min walk away.
But I have ended up running for a train - and just making it on time when:

So aim to be at large stations around 30 mins before your train departs – allow more than 30 mins if you want to grab a coffee or breakfast.
Then you can use up those extra minutes if you do encounter a problem
If you will be taking a local train or other public transport to the station, double the time that you think you will need to make the transfer.
Even in the best case scenarios finding your train can be less obvious than you’d assumed - it may be departing from some distant part of the station etc.