How to Travel on the RB (Rigi Bahnen)

By Simon Harper
| over 1 year ago
InspireSwitzerlandBeautiful journeys 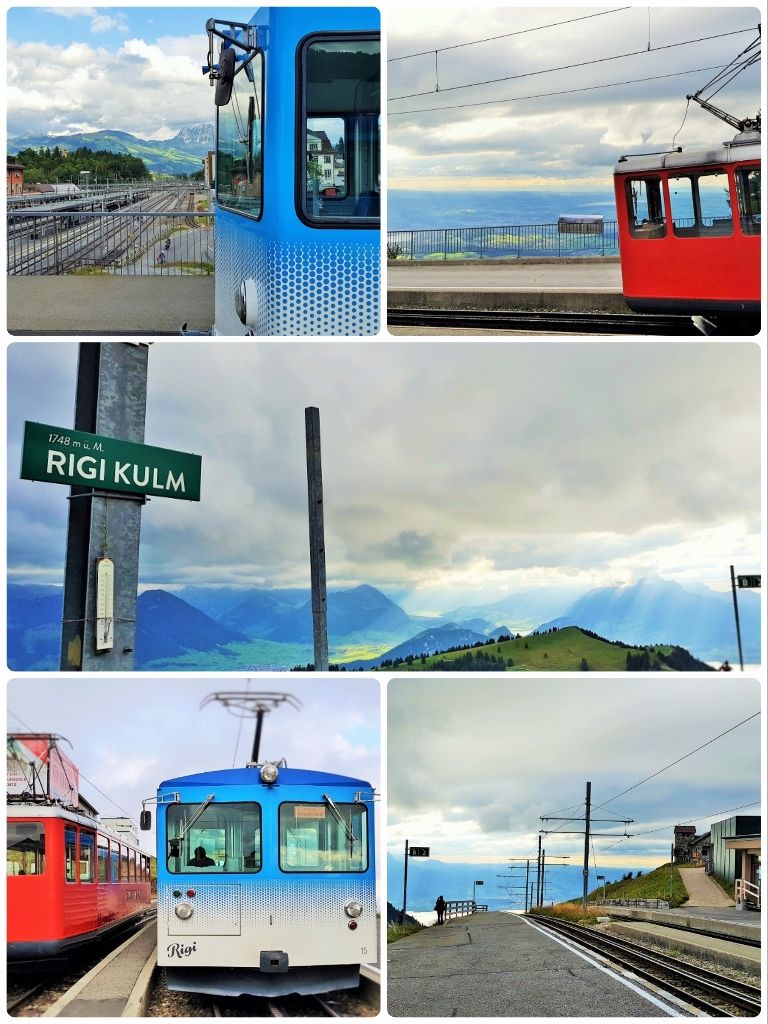 The Rigi Bahnen operates two spectacular railway routes to the station at the summit of Mount Rigi - the VRB and the ARB, they are so fabulous that they've been included on Europe's Best Destinations guide to where to go by train

The VRB links Vitznau on Lake Lucerne/Luzernsee with the summit station, at Rigi-Kulm. Its trains are painted red and during the summer some departures are steam engine hauled.

Lake cruiser boats connect Luzern/Lucerne station to Vitznau and the journey across Lake Lucerne/Luzernsee is a delight - the passage between Luzern and Vitznau takes around 50 mins.
Swiss Travel Pass and Saver Day pass users can travel on these boats for free and Eurail/InterRail pass users can travel at half-fare; tickets can be purchased on board.
However, RB's 'Day Rover' tickets do not include the boats from/to Luzern and its ticket offices do not sell tickets for the boats.

The boats have 1st and 2nd class, 1st class is on the upper deck and has a restaurant, only accessible to 1st class ticket/Swiss Travel Pass holders.
The 2nd class lower deck has a snack bar.
At Vitznau the boat pier is steps away from the station.

When ascending FROM Vitznau, the best of the incredible views over Lake Lucerne can be seen from the left of the train - so sit on the right when coming down.
If when travelling FROM Luzern, most of the seats are taken by the time you get to the train at Vitznau, hang back and take the next departure – it pays off to be sat on the left of the train.

If you don't have time to travel by both the VRB and ARB trains then this VRB route is the most impressive of the two, it's so fabulous that it's been included in the top half of the list of the 15 Most Beautiful Swiss Train Journeys.

One of the best 'feels like flying while still being on the ground' views from any Swiss train can be seen from these trains as they arrive at/depart from Rigi-Staffel station; the station before Rigi-Kulm.

Note that the images weren't taken on a particularly clear day, but the views were probably more spectacular as a result - so avoid thinking you need a cloud-less day on which to head to the summit on Mt Rigi. 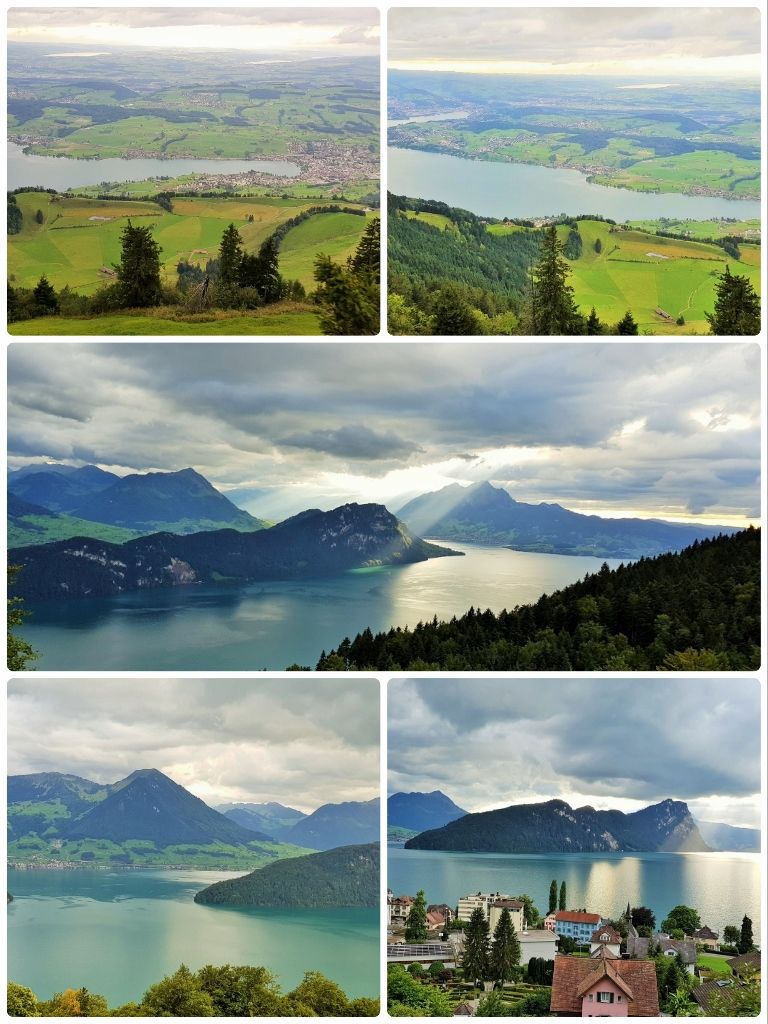 At Rigi-Kaltbad station there is an easy connection with the Weggis - Rigi Kaltbad cable car, which is also owned by the Rigi-Bahnen, so its Day-Rover tickets are valid on the cable car.
The Luzernsee steamer boats also call at Weggis, so if you purchase an RB 'Day Rover' ticket at the cable car station on arrival in Weggis you can ascend from Weggis to Rigi-Kaltbad by cable car, connect there for trains to Rigi-Kulm and then descend back down to Vitznau, for the boat connection back to Luzern.

On the Vitznau summer timetable, on CERTAIN  Sundays only, one departure up from Vitznau in the morning and down from Rigi-Kulm in the afternoon is a steam train.
A 20CHF supplement is required for the upwards journey, but advance booking online for this train is highly recommended!

The ARB station at Arth-Goldau has been restored, to give easy step-free access from the central part of the SBB station. 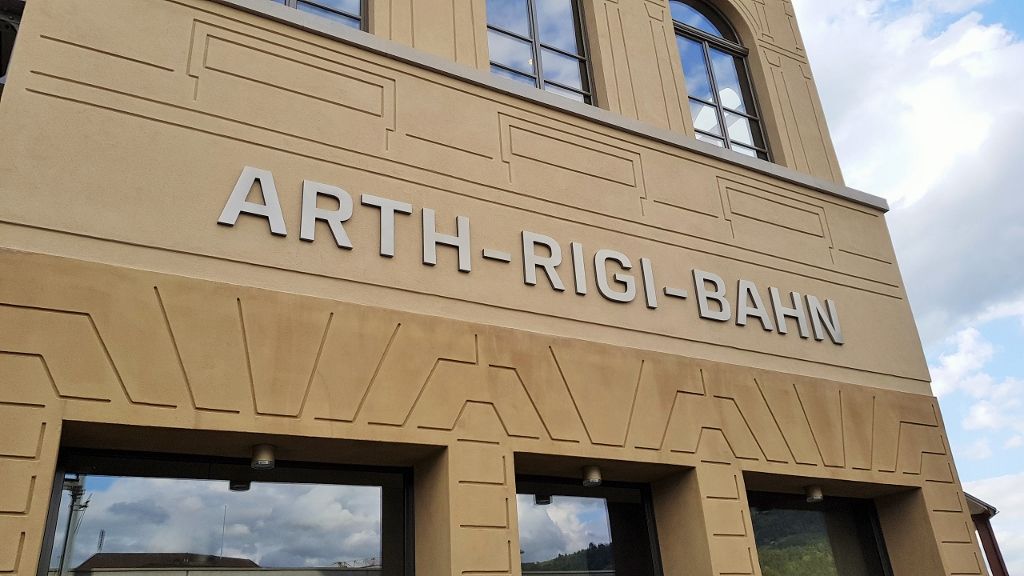 The ARB station is located at the end of gleis/platform/track 5 at Arth-Goldau station; go through the doors and the use the elevators or stairs to ascend up to the ticket office/trains.
The trains will depart every 20 - 30 mins, but there is a rather lovely new waiting area. 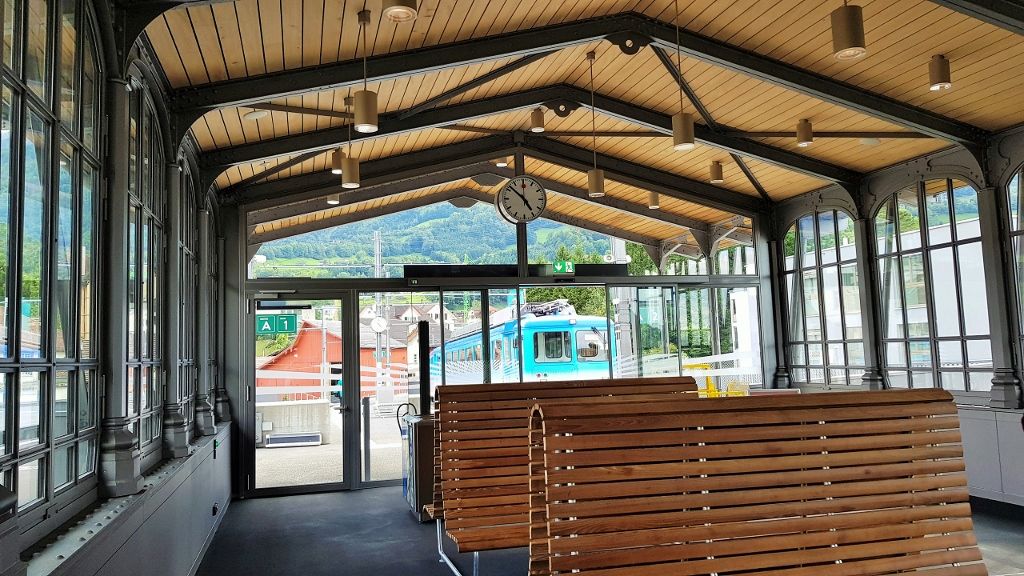 When ascending from Arth-Goldau, for the best views sit facing backwards, looking towards the station, on the left of the train, you can look down on Lake Zug - though the views can be fleeting through the trees. 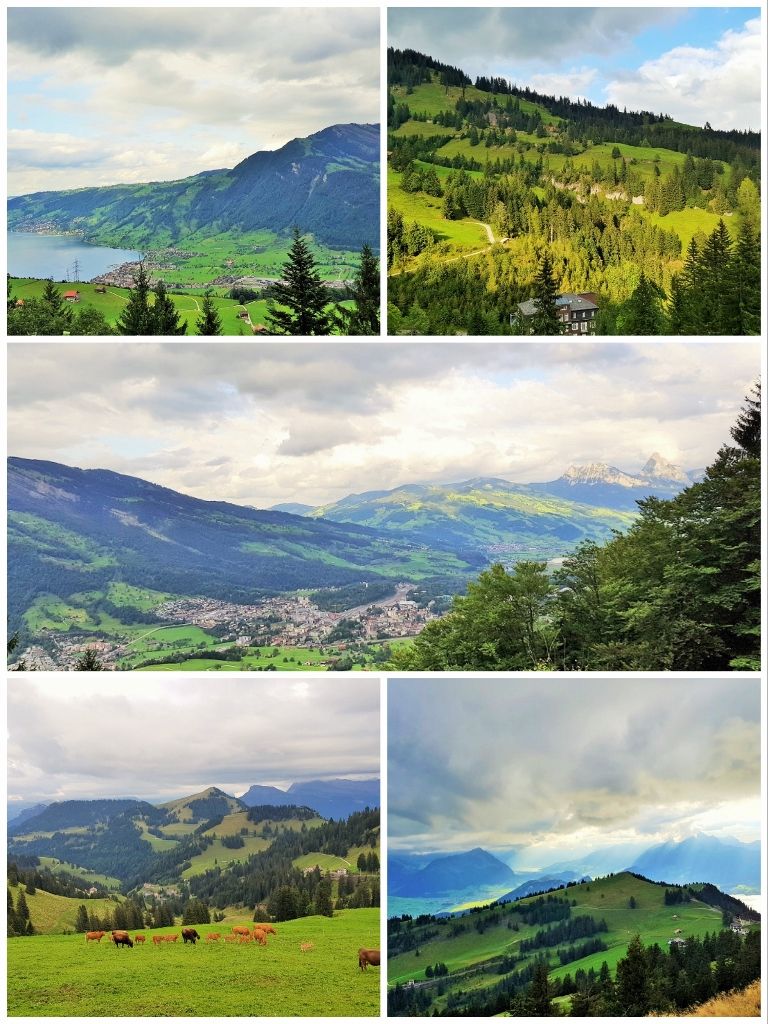 Easy connections between the ARB and VRB lines are available at Rigi-Kulm station.

The ultimate round trip from Luzern:

Go this way round and you can avoid the scramble for seats on the train at Vitznau, after the boat has docked.

Tickets between SBB stations and Rigi-Kulm station can be booked on the SBB booking service, but only for journeys by the ARB route via Arth-Goldau and NOT the VRB route via Vitznau.
RB also sells a range of tickets online for multiple journey combinations, which include the two railways and cable cars etc.