This guide to the route of the 'Centovali Express' includes details of the journney, connections with other railways, plus info on how tickets and rail passes can be used.

By Simon Harper
| over 1 year ago
ItalySwitzerland 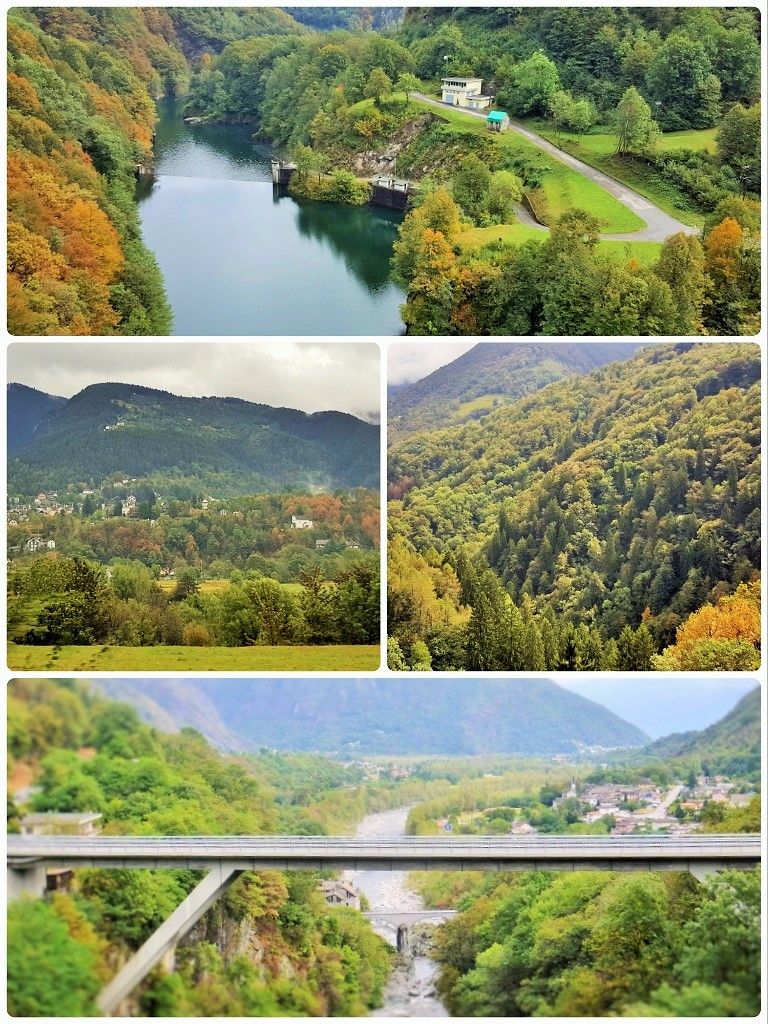 Ferrovie Autolinee Regionali Ticinesi (F.A.R.T) operates the service, often referred to locally as the Centovalli Express, on the spectacular route through the gorges, between the Swiss resort town of Locarno and the Italian border town of Domodossola.
Some departures are comprised of observation/panorama car trains that have larger windows, and a small supplement needs to be paid to the conductor on these trains; if you have an ordinary ticket, or a rail pass.

On departing Domodossola the train will initially head across the floor of the valley, but from the right there are some nice views over the valley back towards the town as the railway ascends to Trontano.
Between there and the station at Gagnone-Orecesco, the railway travels through a valley with the views over to the left.
Then after departing that station and until Malesco, the train will travel across a plateau dotted with the charming villages that the line was built to serve.

On to Intragna comes the most scenic part of the trip as the railway threads through another valley, but on this part of the journey when heading east, the views switch to being over on the right.
After Camdeo comes the the most spectacular sight on the line, view over the Lago di Palagnedra.

However, this journey isn’t above the tree line, so the copious amounts of foliage near the track, can make taking pictures particularly tricky, it is a journey best enjoyed on a crisp, sunny winter's day when the leaves will have fallen from the trees and snow will be on the ground.

This service provides a useful route linking the southern sections of the Gotthard and Simplon main lines, which run between Switzerland and Italy.
So if you have a Eurail or InterRail Pass it can be a cheaper, and more scenic, option for journeys between northern Swiss cities, such as Basel, Luzern or Zurich and Milano.

However, if you want to travel this way, you will find that connections are easier when using the northern part of the Gotthard route between Basel/Zurich and Locarno AND the southern section of the Simplon route between Domodossola and Milan.

In Locarno:
The F.A.R.T. trains share a station with 'Traverso' trains operated by SOB which now provide a direct service from Basel and from Zurich.

Local trains also link Bellinzona with Locarno and the faster option is to take express trains from Basel and from Zurich to Bellinzona and connect there into the local trains.

Regional trains from Italy, which are branded 'Ticino' now provide a fairly frequent direct service to Locarno from Milano Central, which also calls in Como, Chiasso and Lugano.
These trains have made it easier to make a Milano > Locarno > Domodossola > Milano round-trip.

In Domodossola:
At Domodossola station follow the signs to the ‘Centovalli trains’, they depart from a tunnel beneath the tracks in the main station.

Domodossola is served by EC trains on routes between Switzerland and Milano, but for rail pass users, including Swiss Travel Pass users, the best option are the 2 x daily Swiss IC trains that operate direct to Domodossola from Basel and Bern.
Alternatively there are regional trains, on which Swiss Travel Passes are also valid, that travel between Brig and Domodossola; some of these trains now depart from and arrive at Bern and travel via Thun, Spiez, Kandersteg and Brig.

In addition to the EC trains, there are also Regionale trains between Domodossola and Milano, which call at some stations on Lake Maggiore, including Stresa and Arona.

Tickets between SBB stations and F.A.R.T. stations can be booked on the SBB booking service and tickets for journeys solely by the Centovali Trains can now be booked online.
An online booking won't save money, but it can save time, queues inevitably form at the Centovali ticket offices in Domodossola and Locarno when the connecting trains arrive.

Though tickets can also be purchased on the trains, if you don’t have time between trains to buy them at the ticket offices.