Connecting to the Tram and Metro at Bruxelles-Midi station

SMTJ has learnt from experience that if you are not familiar with the labyrinth that is Bruxelles-Midi/Brussel-Zuid station, making the transfer to the tram and metro there can be easier said than done.
Hence this guide to arriving by train at Bruxelles-Midi and connecting to the tram and Metro services at the station.

Bruxelles-Midi/Brussel-Zuid station lives up to the English translation of its name, Brussels South, with a location some distance from the city centre, but it has excellent connections to the heart of Bruxelles, so we can help with pointing you in the right direction.

To the city centre by train:

Before transferring to the Metro or Tram at Bruxelles-Midi, check whether other mainline stations in the cental area are convenient for your final destination in Bruxelles/Brussels city centre.
Brussel-Centraal station is as convenient for 'Le Grand Place as any of the Metro and tram stops.

The signs pointing the way to the Metro are much more subtle than can be typically found at other major stations with metro links.
We had used Bruxelles-Midi several times without realising it had a Metro station. 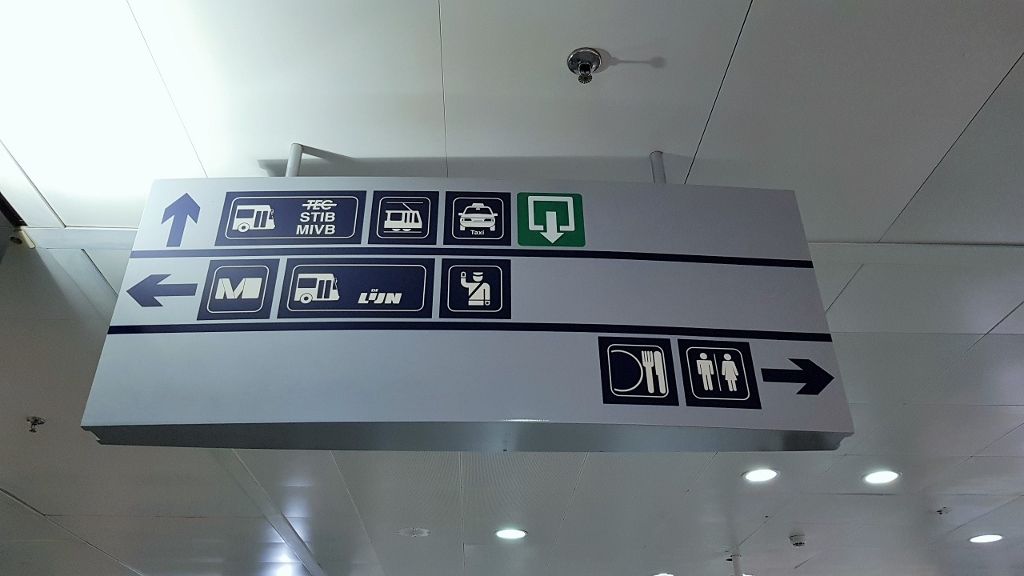 When navigating the station look out for the capital 'M' on the signs - you probably had to look twice, but on the above image it is the symbol at the far left on the second row.

When entering the le ‘Couloir Principal'/'Hoofdgang' from any high speed train arrival, turn to the right and then look for this sign shown above.
It will be on the left of this main passage way (note the easy to miss 'M'.)

Though if you have arrived by train at voies/sporen/platforms tracks 9-22, then when you walk down the main passage way, this entrance to the Metro will be over to the right.

Walk under the above sign and keep walking ahead until you come to this sign shown below, which is above the escalators which lead down to the Metro station. 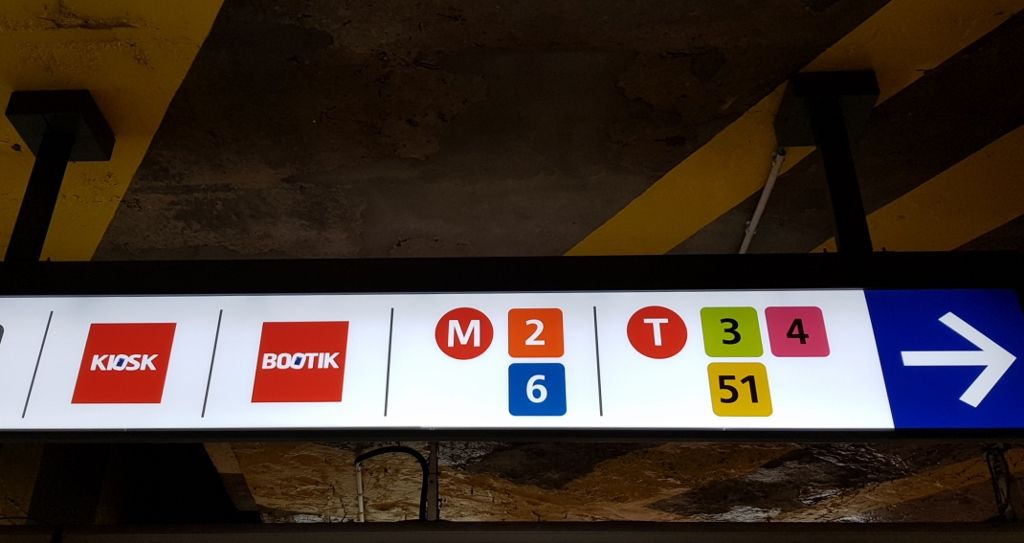 Note that the style of the letter 'M' has changed and this sign is also pointing the way to Metro lines 2 and 6 - these are the only Metro lines which serve Bruxelles-Midi/Brussel Zuid.

When you have descended to the Metro station concourse - what you will see ahead of you is actually one of the tram stops (see the tram notes below).
Don't confuse this access to the trams with the access to the Metro.
The Metro has its own ticket gates and on the other side of these you will have to descend to another level below, in order to access the Metro trains.

The tourist sites most easily accessed by Metro when arriving at Bruxelles-Midi by train:

The Metro lines 2 and 6 don't connect Bruxelles-Midi station to the heart of the city, but tram lines 3 and 4 do - with stops at Anneessens, Bourse, De Brouckere and Rogier.
Ignore tram line 51 if you're heading to the city centre as it doesn't call at those stops.

To access tram lines 3 and 4 follow the same signs above which lead to the Metro.
Tram lines 3 and 4 are underground in Bruxelles-city centre - which is why they're often referred to a tad confusingly as 'Pre-Metro'
When you have descended from the le ‘Couloir Principal'/'Hoofdgang by escalator and turned to the right the pre-metro tram stops will be ahead of you. 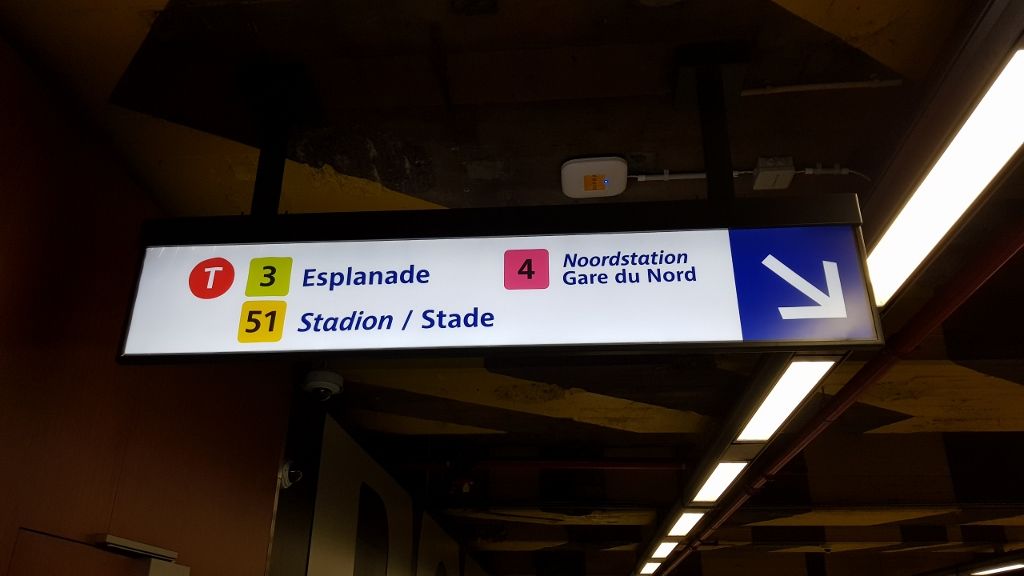 What can be confusing (it caused us to wait for more than 10 minutes in the wrong place) is that the other tram lines which call at the station, lines 32*, 81 and 82, have a separate stop at Bruxelles-Midi to that used by lines 3, 4 and 51.
These trams stops are located in an entirely different location, which is on the same level as the Avenue Fosny end of the ‘Couloir Principal'/'Hoofdgang' passageway - on the other side of one of the taxi ranks at Midi/Zuid station. 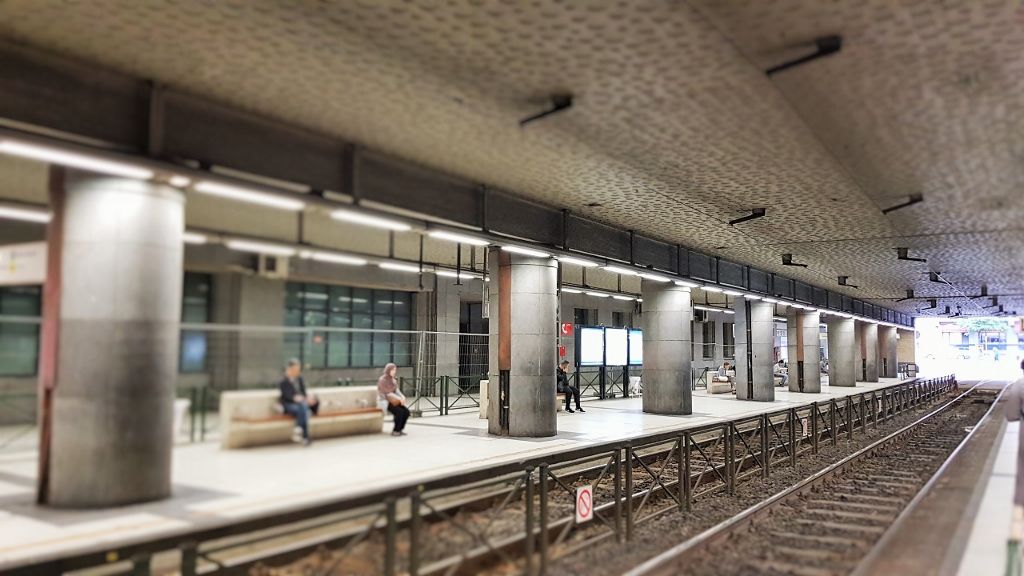 *Tram line 32 serves the same city centre stops as lines 3 and 4, but it only operates after 8pm.

This map (PDF) shows the Metro routes across the city and the 'pre-metro' tram lines 3 and 4.

This map (large PDF) is of the full public transport network in Bruxelles/Brussels.